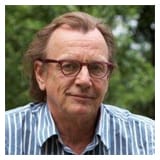 Chris Kijne is a VPRO broadcaster and journalist. He started as a print journalist but later switched to radio, both as a domestic and foreign reporter. Until 2008 he was one of the anchors for the VPRO broadcasts on Radio 1, the national news channel. These days he is anchoring for Met Het Oog op Morgen, the late night news-show of NOS at Radio 1 and regularly contributes to VPRO-radio’s foreign desk. But his main work now is in television, making documentaries and doing interviews for both the investigative program Tegenlicht and the late-night interview-format Gesprek op 2, as well as the digital channel HollandDoc. His guests have included Salman Rushdie, Madeleine Albright, Elie Wiesel, Amos Oz, Amartya Sen, Simon Schama and Daniel Cohn-Bendit. He also moderates events of the Institute.