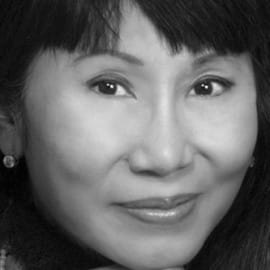 The John Adams Institute presented an evening with Amy Tan, one of the most prominent American-Chinese novelists of our time. Amy Tan’s first novel, The Joy Luck Club, was made into an enthralling movie by Wayne Wang, with whom Amy Tan cowrote the screenplay. Her second novel, The Kitchen God’s Wife (De vrouw van de keukengod), was published in 1991 and became an immediate bestseller all over the world. With her latest work, The Hundred Secret Senses (1995), Amy Tan once again proves that she is “a wonderful writer with a rare power to touch the heart.” The Dutch translation (De honderd geheime zintuigen) was published in January 1996. Amy Tan’s novels bring forward the nexus of the second generation immigration experience, specifically expressed through the mother-daughter relationship. Tan masterfully blends American literary tradition with the Chinese traditions of story-telling and secret sharing. Being a second generation Chinese-American herself, Amy Tan (1952) grew up in California. During her teenage years, she lived in Switzerland. She received a Masters in Linguistics from UC Berkeley. In addition to her novels, Amy Tan has written several short stories which appeared in, among other periodicals, The Atlantic, Lear’s and McCall’s. She also visited the John Adams Institute in 2014.

One thought on “Amy Tan” 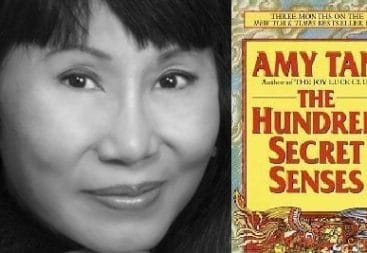