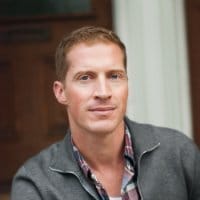 The Confessions of Max Tivoli tells in retrospect the wondrous life story of Max Tivoli, from 1930 backwards to 1871. Max is born with the body of a septuagenarian. As time passes, his body develops from old to young, so that at the end of his life he looks like a small boy. His mind, though, grows normally from young to old.

At age eleven, Max falls in love with a three years younger neighbor girl, Alice. At this stage of his life, he has an old man’s body. At age thirty-five, he meets Alice again. She does not recognize him. They marry, and some happy years follow. But she leaves him. When he is sixty, they run into each other, and once more she does not recognize him. He looks like an 11-year-old and evokes such motherly feelings, that she adopts him.

Set against the historical backdrop of San Francisco at the turn of the twentieth century, Max’s life and confessions question the very nature of time, appearance, reality and love. The front page of the book bears a quote from Marcel Proust: ‘Love, ever unsatisfied, lives always in the moment that is about to come.’ This is the leitmotiv of Max Tivoli’s life. Exiled by his physical freakishness, he numbs himself, believing that melancholy is his birthright.

In John Updike’s rave review of this novel in The New Yorker of January 26, 2004, he wrote: ‘The Confessions of Max Tivoli is enchanting, in the perfumed, dandified style of disenchantment brought to grandeur by Proust and Nabokov. It is long in longing and short on satisfactions, as full of broken hearts as it is of dazzling local time-specific color.’ The Dutch press has already paid considerable attention to the book.

Andrew Sean Greer grew up in suburban Maryland and educated at Brown University and the University of Montana. He moved to San Francisco in 1998. He is the author of the story collection How it Was for Me, from which selections have appeared in such magazines as Esquire, Ploughshares, Story and The Paris Review. His novel, The Path of Minor Planets, was voted one of the top five literary events of 2001 by the San Francisco Chronicle.

Bas Heijne introduced Andrew Greer, conducted the interview with him and moderated questions from the public. Bas Heijne, writer and essayist for the NRC Handelsblad, is the author of two novels and two anthologies. Recent works include a collection of dialogues, Tafelgesprekken, as well as Leeswoede, a collection of essays published by the Bijenkorf.
With special thanks to publishing house Anthos. 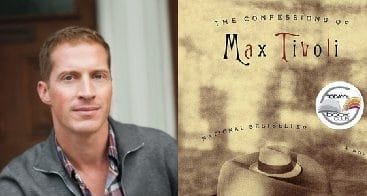