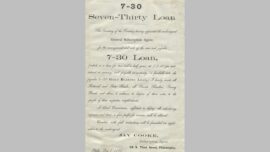 The Most Democratic Bond Issue of the War    |   By David K. Thomson
Following on the wild success of the 5-20 loan drive, the federal government attempted to maintain that success, but without one key person—Jay Cooke. When the question of an exclusive agency for the next major drive (the “10-40” loan, […] September 22, 2022 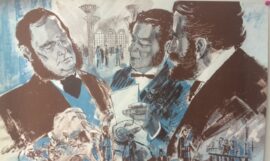 International Bond Sales During the American Civil War    |   By David K. Thomson
It is a mistake to talk about the American Civil War in a vacuum. While by definition a war that was not against a foreign power, the conflict still proved of great consequence and interest around the world, but […] September 15, 2022 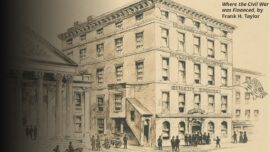 The Rise of Jay Cooke    |   By David K. Thomson
In October 1862 the federal government found itself in dire straits on virtually every front. Militarily, 1862 had been a year of mixed results. While General Ulysses S. Grant had made some headway in the Western Theater, the more […] September 8, 2022 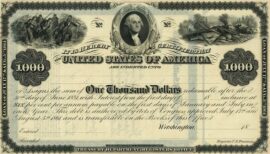 The Threat of a Thousand Dollar Breakfast    |   By David K. Thomson
Slavery stood at the center of the American experience prior to the Civil War. From the arrival of the first enslaved individuals in colonial Virginia in 1619, the issue of slavery gradually tore the nation apart. In particular, the […] September 1, 2022