‘Interstellar’ actor David Oyelowo will appear alongside Lupita Nyong’o in the film adaptation of ‘Americanah’. Based on the Chimamanda Ngozi Adichie novel—the same novel that brought Adichie to the JAI earlier this year—the story follows a pair of young Nigerian immigrants who face a lifetime of struggle while their relationship endures. Brad Pitt has been announced as the producer, however there is no start date yet. Read more here. 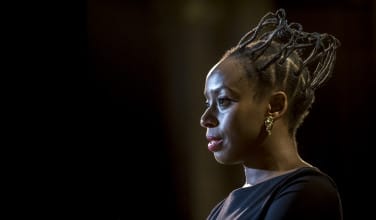 Chimamanda Ngozi Adichie at our event for ‘Americanah’ in February, 2014, photo by Gerrit Serné