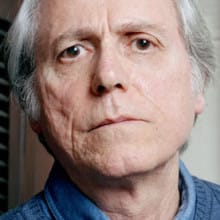 The John Adams Institute welcomed the award-winning author Don DeLillo, who enjoyed glorious reviews for his masterpiece Underworld. This mesmerizing novel opens up with a legendary baseball game played in New York City in 1951, follows an obsessive search for the winning baseball, and covers five decades of American social history against the background of a fatal love story and the Cold War. Even months before it came out, Underworld excited feverish interest in the United States and was considered one of the most eagerly awaited novels in years. It immediately hit the bestseller lists. DeLillo has written more than ten novels, including White Noise, Libra and Falling Man. He currently lives in New York.