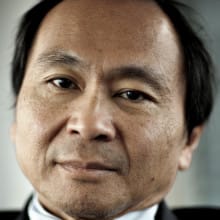 The John Adams Institute hosted an evening with Francis Fukuyama, former deputy director of the US State Department’s policy staff who started a worldwide debate in 1989 when he published an article which proclaimed the triumph of liberal democracy over all other ideologies and systems of government. ‘The end of history’ became a well-known slogan. In The End of History and The Last Man, Fukuyama expanded on his theories: different countries were beginning to share increasingly similar political and economic institutions. The eternal worldwide conflict between competing forms of government and ideologies had been decided in favor of the free-market economy and the democratic system.

TRUST: The Social Virtues and the Creation of Prosperity explores the way in which countries that share similar economic systems vary in their approaches to work, entrepreneurship, industrial organization, and economic success. Why has capitalist East Asia grown as fast as it has over the past two generations? Fukuyama sees a clear connection between culture and economic performance. He is now Olivier Nomellini Senior Fellow and resident in the Center on Democracy, Development, and the Rule of Law at the Freeman Spogli Institute for International Studies at Stanford University.

rancis Fukuyama has also visited the John Adams Institute in 2011 and 2014.

One thought on “Francis Fukuyama” 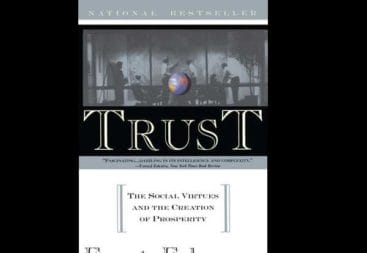