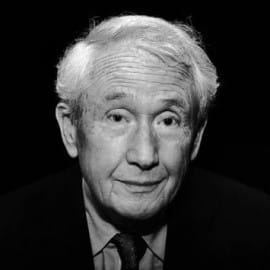 The John Adams Institute welcomed award-winning Irish-American author Frank McCourt who spoke about his autobiographical memoir Angela’s Ashes, which won the 1997 Pulitzer Prize as well as the US Critics Circle Award and sold over a milllion hard-back copies. McCourt already had along career as a teacher of creative writing and English at Stuyvesant High School in New York City before making his debut as a writer at the age of 66. In Angela’s Ashes, McCourt gives a compelling account of his poverty-stricken childhood in Ireland. Born in New York in 1931, he was four when his emigrant family returned to the rigors of County Limerick. When his father dissipated by alcohol and unable to support the family, Frank and his mother and brothers lived much of the time in a state of near-destitution. His greatest wish was to get back to America and at the age of 19, he finally set sail for New York. Few books have made their readers laughed so hard at such misery and distress; for McCourt is a born storyteller, combining poetry with humor in concise style without once resorting to sentimentality or bitterness.

McCourt died in 2009 from melanoma at the age of 78. Read his NY Times obituary here. 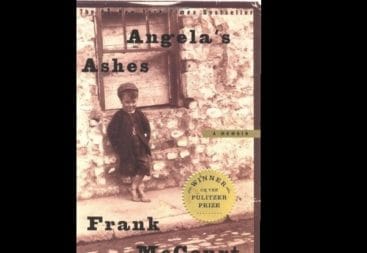