This event was part of our ongoing 2016 Election Series. Previous events in the series were Jennifer Lawless and George Packer. 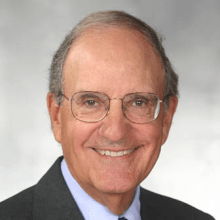 During a political career that spans over four decades, George Mitchell has gained a reputation for his skill in finding compromise and common sense in desperate situations and places. In his aptly-titled memoir The Negotiator, he shares compelling stories about his youth in Maine, his years in the Senate, his work to bring peace to Northern Ireland and the Middle East, and what he’s learned about the art of negotiation during every stage of his life.

The memoir is a classic story of the American Dream. Growing up in a working class family, Mitchell experienced firsthand the demoralizing effects of unemployment when his father was laid off from a lifelong job. But education was always a household priority, and Mitchell embraced every opportunity that came his way, eventually becoming the ranking Democrat in the Senate during the administrations of George H.W. Bush and Bill Clinton.

In his memoir, Mitchell looks back at his adventures in law and politics—including instrumental work on clean air and water legislation, the Iran-Contra hearings, and healthcare reform—as well as life after the Senate, from leading the successful Northern Ireland peace process, to serving as chairman of The Walt Disney Company, to heading investigations into the use of steroids in baseball and unethical activity surrounding the Olympic Games.

Described by The New York Times as “a diplomatic heavyweight,” Senator Mitchell has been praised by The Atlantic as “reflective about his work in public life – and insightful about various issues – in a way that is rare among retired politicians.” His stories, told with wit, frankness, and a style all his own, offer valuable insights into critical moments in the last half-century of business, law, and politics, both domestic and international. 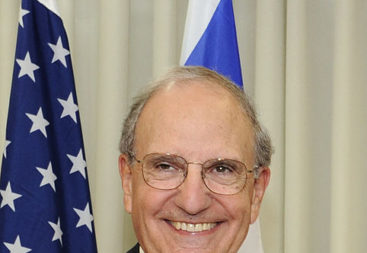