In the aftermath of a war that took the lives of 750,000 Americans and wounded more than a million others, there emerged a new chapter for American finance. New York City and investment banking entered a new era following the war and in part foreshadowed the world it would become by the end of the century and the infamous “Gilded Age.” But equally as important would be the rapid growth in American debt held abroad—particularly in Europe where the debt would number more than $1 billion by the end of the decade in 1870.

The German states emerged as the most important arena for American debt abroad in the Reconstruction era. Much like the war itself, Frankfurt once again emerged as the primary market within the German states but also the continent as a whole. An American living in Frankfurt perhaps spoke to the heart of the matter in 1868. “Really this market controls the European,” the letter from this American began, “Here all the great sales are made, and to this point are all the stocks sent from New York, and here the coupons on nearly all the stocks held in Europe are sent for sale and collection.”

What accounted for this large volume of sales? For some, investment in American debt served as a safe investment in international bonds as the increasing threat of war with France emerged in the latter part of the decade. Others emphasized investment for future immigrants to the United States and even for those who had family already on the other side of the Atlantic. But even beyond these very practical considerations, larger ideological considerations were at play.

Many Germans, especially veterans of the failed revolution of 1848, equated the slave South (and its Reconstruction aftermath) as a bastion of aristocratic privilege akin to those that many Germans rose up against in their failed revolution of the 1840s. What had served as a rallying cry for German immigrants to enlist in the US Army during the American Civil War now served as a call for investment in the Reconstruction era.

The German market impacted those nearby as well. For instance, the market for US debt in Switzerland also increased markedly in the post-war period. Firms throughout Switzerland invested via partners not only in New York City, but also prominent firms in Frankfurt. Bern based Marcuard & Co. is an excellent example of this. Marcuard & Co. investments in US debt came through houses in Frankfurt. Swiss banks utilized financial nexuses like New York City and Frankfurt to help expand the web of American finance into the financial peripheries of Europe by 1860s standards. This close coordination between the Swiss and Germans in particular reveals the larger financial networks at work to help expand American debt holdings abroad in the Reconstruction era. 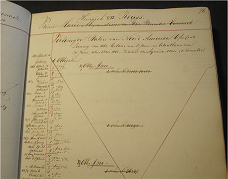 The post-war period always witnessed extensive investment via the Netherlands as well. The Algemeene Maatschappij voor Handel en Nijverheid, Amsterdamsche Bank, as well as the Nederlandsche Bank purchased US debt following the war. Other banks played even larger roles in Amsterdam. Hope & Co., Insinger, and Weduwe W. Borski, however, acted as some of the largest, if not the largest investors in US debt during this period in the Netherlands. Purchasing this debt on behalf of clients that spanned the European continent and revealed the attraction for many of this debt.

From a peak of over $1 billion worth of US debt being held in Europe by the end of the decade, it fell off precipitously as the government retired the debt and the western world reeled from the Panic of 1873. But these international investments revealed a particular moment for American debt in the nineteenth century. Despite the perception of government bonds as safe investments, an ocean separated these houses from the United States government. This was a nation comprised of a collection of states, many of whom had defaulted on state bond issues in the antebellum and immediate postwar period. It was imperative for these German and Dutch banks to have close connections via partnerships stateside. 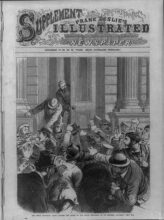 The Great Financial Panic of 1873, closing the door of the Stock Exchange on its members

By the end of the century, the United States became the world’s largest economy. While not reflective of some inevitable financial march in the nineteenth century, bond sales during the American Civil War and Reconstruction period offer a fascinating window into American debt on the international stage post-war. American Civil War debt at one level paid for the war, but as these blog posts have demonstrated, it revealed a democratic effort at investing on one side of the Atlantic, while gaining larger support via international investment—an act that had massive repercussions in the decades to come.

David K. Thomson is an Associate Professor of History at Sacred Heart University in Fairfield, Connecticut, USA. Thomson’s focus is on the financial history of

the American Civil War era. His first book on the topic, ‘Bonds of War’, published by the University of North Carolina Press in April 2022 traces the crucially important role of bond sales by the United States government during the war to fund the conflict. Thomson’s work has also been featured in the New York Times, Washington Post, and Bloomberg. Click here for the other parts of this blog series.