In 1989 Jamaica Kincaid visited the John Adams Institute to talk about ‘A Small Place’.

Lyrical, sardonic, and forthright, ‘A Small Place’ magnifies our vision of one small place with Swiftian wit and precision. Jamaica Kincaid’s expansive essay candidly appraises the ten-by-twelve-mile island in the British West Indies where she grew up, and makes palpable the impact of European colonization and tourism. The book is a missive to the traveler, whether American or European, who wants to escape the banality and corruption of some large place. Kincaid, eloquent and resolute, reminds us that the Antiguan people, formerly British subjects, are unable to escape the same drawbacks of their own tiny realm—that behind the benevolent Caribbean scenery are human lives, always complex and often fraught with injustice.

Lucia Vermij, editor-in-chief of the ladies literary newspaper “Surplus” and literary critic, introduced Kincaid’s work to the audience. After reading from her own work, a discussion took place between Jamaica Kincaid and moderater Mineke Schipper, professor of Intercultural Studies at the Vrije Universiteit van Amsterdam and associated with the Universiteit Leiden.

Kincaid’s work has been well received in the United States and she has received many prizes, including the 1985 Guggenheim Award for Fiction, the 2000 Prix Femina étranger for her novel My Brother, and the 2017 Dan David Prize in Literature. 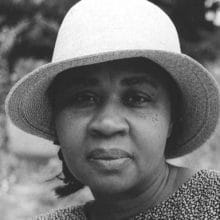 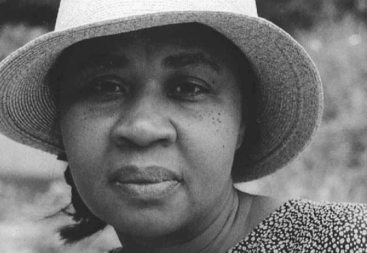