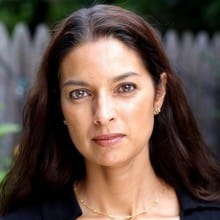 The John Adams Institute welcomed Pulitzer Prize winning author, Jhumpa Lahiri, who spoke about and read from her recently published novel The Namesake.

Pieter Steinz introduced and interviewed Jhumpa Lahiri as well as moderated questions from the audience.

The Namesake expands on Lahiri’s signature themes: the immigrant experience, clash of cultures, conflicts of assimilation and the tangled ties between generations. It is a marvel of storytelling, throughout which perfect details are brilliantly woven into phrases that open a world of emotions. The book has a universal message as it explores one’s sense of identity and how names define us.
Spanning three decades, The Namesake follows the Ganguli family’s transition from tradition-bound India to present-day America and all the confusion the adjustment entails. Fresh from their arranged marriage in Calcutta, Ashoke and Ashima Ganguli arrive in Massachusetts at the end of the 1960’s. When their son is born, the letter containing the name chosen for him by his great-grandmother is lost in the mail. The naming of an Indian child has great significance, but things are very different in America. The hospital bureaucracy insists on a name, and Ashoke decides to temporarily name the boy Gogol, after his favorite writer. This has a special association for him, as a book of Gogol’s short stories once miraculously saved his life. Although meant to be a temporary name, Gogol is the name that ends up on the birth certificate. For a long time the boy knows nothing of these circumstances. At the end of the book Gogol feels that ‘the accident of being named Gogol, defined and distressed him for many years, and yet, all the things for which it was impossible to prepare, have formed him and determined who he is.

Jhumpa Lahiri was born to Indian parents in London and grew up in Rhode Island. She attended Boston University where she received several master’s degrees as well as a Ph.D. in Renaissance Studies. Ms. Lahiri’s stories have been selected for The Best American Short Stories and the O. Henry Award. Her debut collection of short stories Interpreter of Maladies (1999) received the 2000 Pulitzer Prize for Fiction, the PEN/Hemingway Award, and numerous other awards.

With thanks to publishing house Meulenhoff and book importer Nillson & Lamm 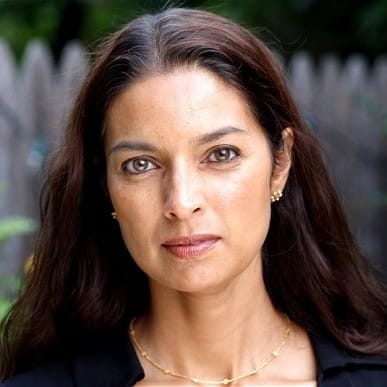