Joe Alper – Folk and Jazz during the Civil Rights Movement

This exhibition presents an overview of the work of American music photographer Joe Alper (1925 – 1968), who became a part of the Freedom Movement. 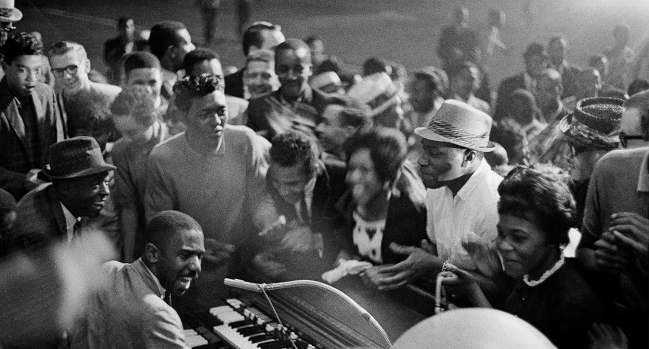 In the 1950s and ’60s the United States was gripped by the Civil Rights Movement: a campaign by black Americans and their white supporters to achieve the same rights as whites. A part of this movement had close connections with the contemporary music scene, and particularly jazz and folk music had many musicians who employed their talents for its goals.

The American music photographer Joe Alper (1925 – 1968) himself became a part of the Freedom Movement in this way. Through his friendships with Bob Dylan, Pete Seeger and the vocalists in The Freedom Singers, he was able to document important events in this period. Alper himself was no activist, but first and foremost a music lover. He did not go out looking for a story, but was himself a part of the society in which he photographed. His work served the social aspirations of the musicians whom he recorded, but he did so as a somewhat detached observer.

This exhibition – a small selection from the nearly 40,000 available images – presents an overview of the work of Joe Alper: portraits, shots at concerts, and images of artists in the studio or in the wings, including a young Bob Dylan.

The exhibition will be hosted by Noorderlicht from January 15 to March 27.