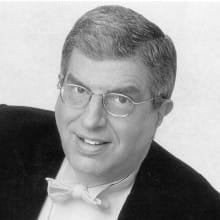 Marvin Hamlisch was the maestro of American music. As composer, he scored everything from Woody Allen films to James Bond movies to A Chorus Line and The Sting. With 3 Oscar awards, 4 Grammy awards, 4 Emmys, 3 Golden Globes, a Tony and a Pulitzer Prize, Hamlisch was a highly acclaimed composer. He was also an accomplished pianist and a great showman in his own right. In this very special event, Marvin Hamlisch guided the John Adams Institute audience through the making of a musical. Hamlisch also visited the John Adams Institute in 2011.

One thought on “Marvin Hamlisch”