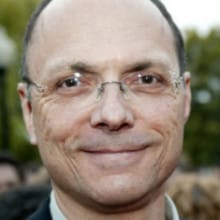 On November 30th, 1993, the John Adams Institute hosted author Michael Tolkin. He spoke on is novel Among the Dead, which was translated in Dutch as Onder de Doden. Dutch writer and journalist Jan Donkers moderated the evening.

A native of New York and a graduate of Middlebury College, Michael Tolkin wrote feature articles for The Village Voice in the mid-70’s and then moved to California to try scriptwriting. He made his directorial debut with his own screenplay The Rapture, but became best known as the author and screenwriter of the novel and hit film The Player, a parody of the Hollywood film industry. This film earned Tolkin an Oscar nomination for Best Adapted Screenplay and won a Golden Globe as the Best Picture Comedy. Michael Tolkin’s work has also won recognition outside of Hollywood. Literary critics claimed that his second novel, Among the Dead, more than fulfilled the literary promise of his first novel. Some even called it one of the best American novels of the 1990’s. The central character in Among the Dead is the rather ordinary businessman Frank Gale, an unfaithful husband who spirals into madness after his wife and daughter are killed in a plane crash. 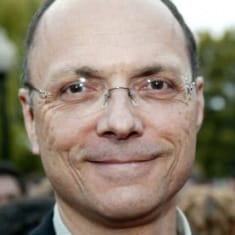