Obama likes fast food. Every now and then he stops the whole cortege at a diner to order a hamburger with fries and a milkshake. Apparently he sometimes does this completely unexpectedly, which creates chaos among his PR-team and the bodyguards. 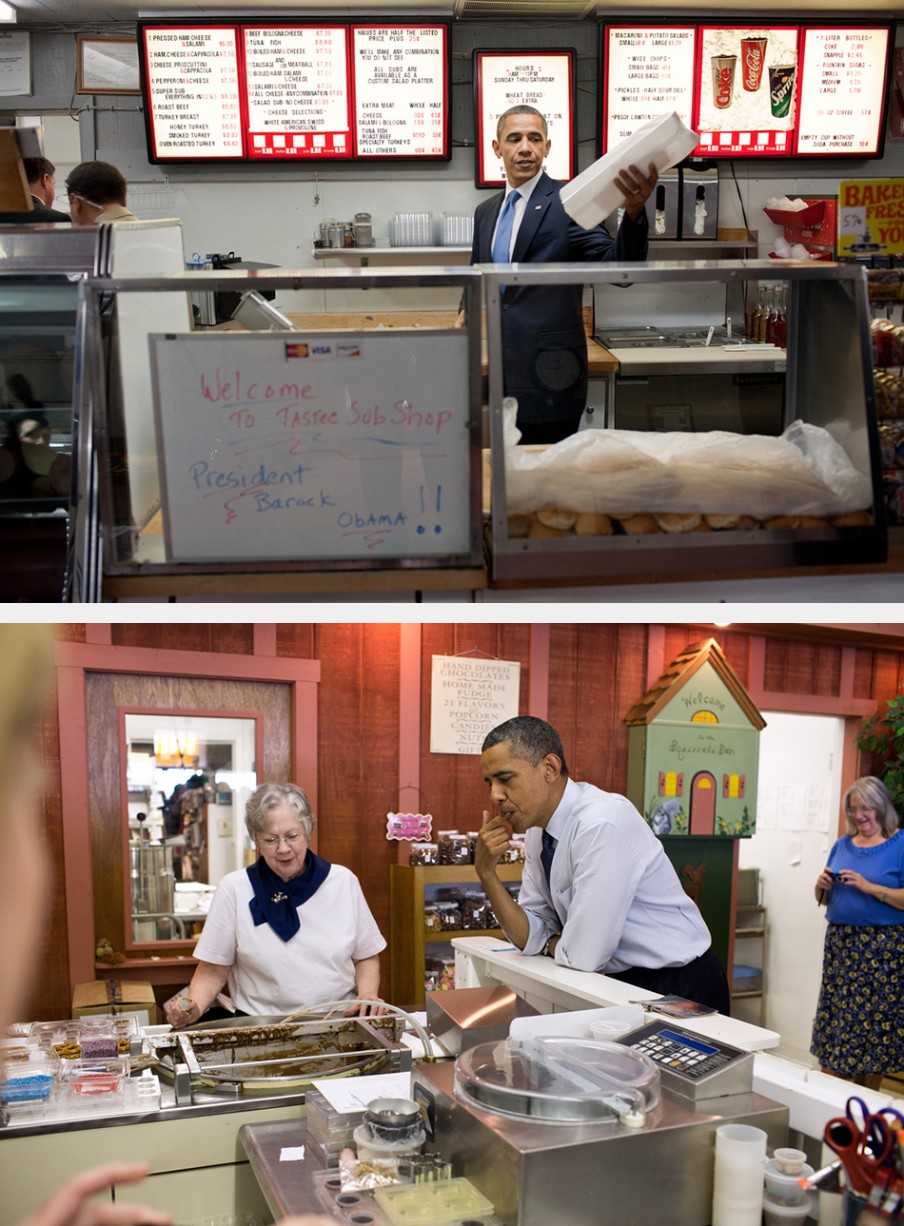 You can see the entire ‘hamburger’ collection here.