When the leaders of the world gather to discuss really important matters, they meet in a country retreat (like Camp David). The atmosphere is intimate. The lights are dimmed. They are seated on comfortable couches and around small round tables (with nameplates, not because they don’t know each other, but because there might be a seating arrangement). Ties are forbidden. Everybody has the same kind of chair. Here they drink beer and wine, eat some nuts. They might even talk about football, but we don’t get to see that.

Everyone present benefits if the image is created that this is an intimate gathering. This is not a hostile, business-like meeting. These are people who have come together to share their biggest wishes and their most personal thoughts. This oozes quality time, everyone wants to spent their day like this. It glorifies their mutual relations.

Here, everyone is equal. The one difference is that it is Obama who is doing the talking. On Pete Souza’s pictures, that is. 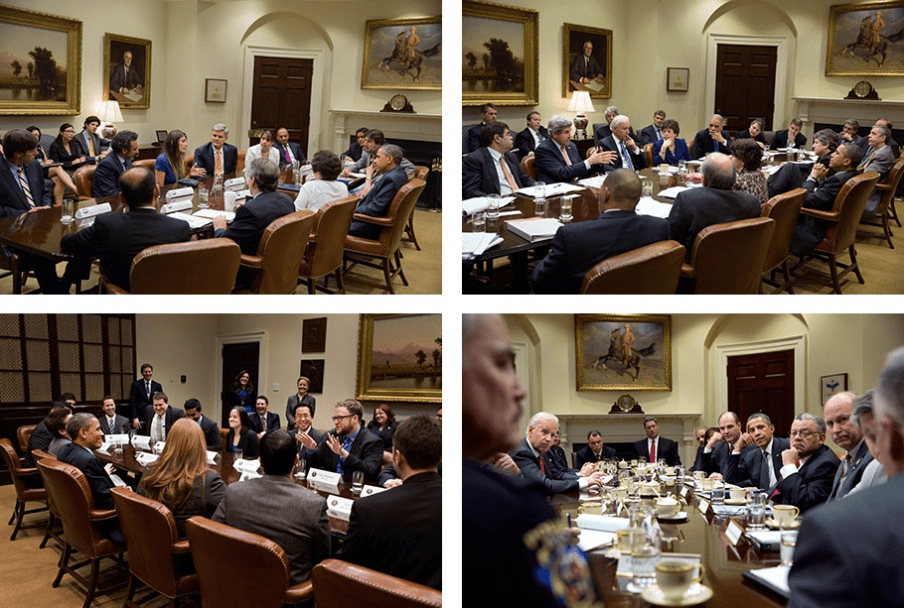 You can see the entire ‘talking’ collection here.