The city of Utrecht, which is embellished by functioning canals and an old city center is just a 30 minute train ride from Amsterdam and 45 minutes from Rotterdam. Every year in the fall, the Impakt organization holds a media arts festival, called appropriately: Impakt Festival. 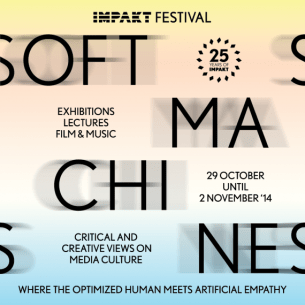 The first festival was in 1988, which is ancient history in terms of media arts and since then, the organization has seen the rise of the internet and a widespread embrace of digital culture. The theme of the festivals have evolved along with the culture and this year, the theme is Soft Machines.

What exact does this mean? Like any well-respected arts festival, it asks questions rather than provides explanations. The short answer is empathetic technology. How can machines: be they robots, algorithms or something else take on the soft, good emotions of humans?

This is especially important now, in a time where every week we see new discoveries in robotics, computing, biology and others fields of science. At last, the future is here. Culture warrants a response as we adjust, define and frame our human needs to this rapidly changing technology.

The festival has assembled an interdisciplinary program of art exhibitions, screenings, talks, and performances to provide conversation around the Soft Machines theme. 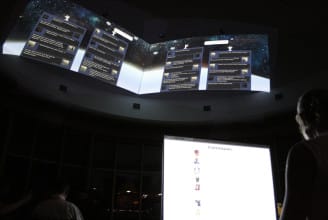 My name is Scott Kildall and I have been invited to Impakt as an artist-in-residence for two months this fall. The residency which overlaps with the festival and provides me with a creative atmosphere, a studio at Impakt headquarters, funding and an apartment in Utrecht. The project I am working on is called EquityBot, which will be live on the web for the festival at this website and is a stock-trading algorithm with a philanthropic personality.

I have been working in the field of new media art for many years. I write software code, also known as algorithms, which act as autonomous agents for social good. Additionally, my projects often manifest themselves as physical data visualizations, using code to shape data into physical forms.

Recent projects include Tweets in Space, in collaboration with Nathaniel Stern, which opened up a Twitter feed to a nearby exoplanet that might support humanlike biological life. And also, Water Works* which is a 3D-printed data-visualization of the network of pipes that comprise the San Francisco water infrastructure. 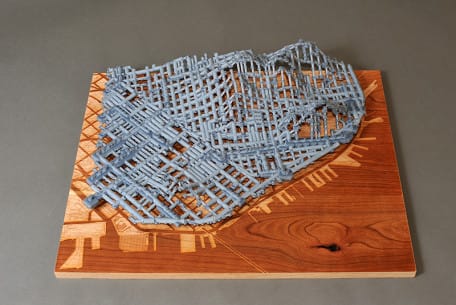 *Water Works was produced with the support of Stamen Design, Gray Area and Autodesk.

An artist’s residency is a coveted opportunity to break with your normal flow of life and experiment with new work. I live in San Francisco, which has an economy increasingly defined by technology. In the quaint city of Utrecht, I’ve had the chance to reflect on ideas, to write code, research and do studio experiments with 3D printing.

The EquityBot project is very much one that is process-oriented and focused on research and experimentation. I will be discussing it in more detail in the next blog post. For the next 10 days, I will be blogging on this site about the Impakt Festival and EquityBot. You can always find me on Twitter @kildall.