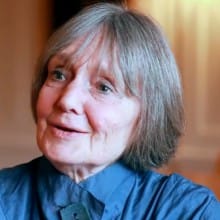 For many American people today, the history of the American Revolution and all that went with it is still a matter of keen interest. A fact already signified by the enormous number of best-sellers written in recent years about the Founding Fathers of the United States. Pauline Maier, a historian attached to The Massachusetts Institute of Technology, will address this deep interest on the part of her compatriots and strive to define how great an impact the revolution still has on the American government, society and culture. The role of John Adams, America’s first Ambassador in the Netherlands, was one factor she considered in her approach.

Pauline Maier passed away in 2013 from lung cancer.