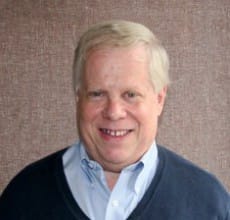 The first American diplomats in Europe fought an intellectual war for American independence to prove that Americans were intellectual equals deserving the respect of European philosophers. While Benjamin Franklin and Thomas Jefferson exploded the claim that nature and human beings degenerated in the New World, John Adams chose as his battlefield “the divine science of politics.” Adams defended the Americans’ embrace of checks and balances as required by the classical political principle that republican government had to establish a balance among the people (the many); the aristocracy (the few); and those aspiring to kingly status (the one). Two-time Pulitzer Prize nominee and ‘veteran historian’ (Publisher’s Weekly) R. B. Bernstein is author of a range of books on the American Constitution and several founding figures, including Thomas Jefferson and John Adams. He is also adjunct Professor of constitutional and legal history at New York Law School.

In collaboration with: Universiteit van Amsterdam