In collaboration with Paradiso we organised an Election Night event on November 8th. The program switched between CNN, NPO, live speakers and presentations about the election and American history.

Hans Aarsman (photo detective) talked about a special form of election PR: why do presidential candidates like to have their picture taken while eating at public places?

Claudia Sola (visual artist) will present her collecting ‘Dining with Presidents’. After the founding of the United States in 1776, one of the tasks assigned to the new First Lady was to design the presidential service. The design had to reflect the aspirations of the country and her husband’s ideas of leadership. This custom still exists. Claudia Sola has boards from thirty different presidencies.

Dan Hassler-Forest (Assistant Professor Media and Culture Studies, University of Utrecht) will talk about how global capitalism leads to a post-democracy in which belief in ideology disappears and spectacle is more important than content. He will also comparee current democratic developments and invented (fantasy) worlds in television and film, such as Game of Thrones.

Eelco Bosch van Rosenthal (journalist) traveled the U.S. for the documentary series ‘Dreamland America’, which air this fall. This evening, he will comment on the state of affairs in these elections, and looks ahead to what may await us.

Ruth Oldenziel –  Professor in The History of Technology, Eindhoven

Russell Shorto – Author of Island at the Center of the World en Amsterdam. He is also a contributor to The New York Times Magazine en The New Yorker. 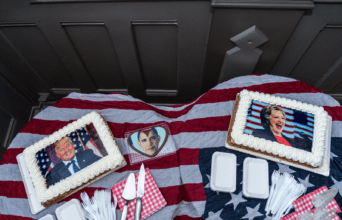 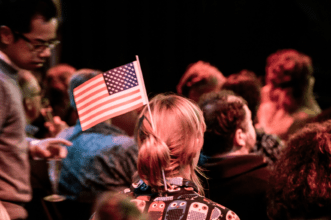 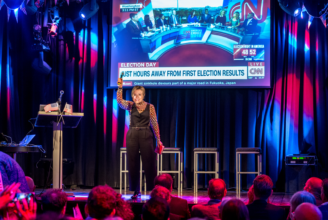 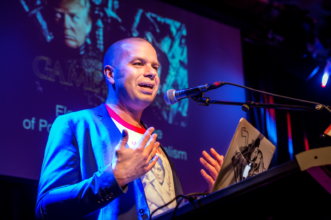 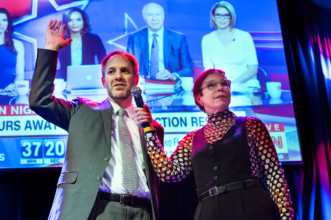 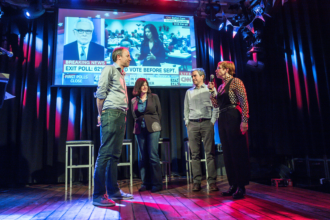