On September 17, 1787, the delegates to the Constitutional Convention gathered one last time in what is now Independence Hall in Philadelphia in order to sign the charter that they had spent the past four months crafting. As the last of the thirty-eight signers affixed their names to the Constitution, Benjamin Franklin called attention to the high-backed mahogany chair that the president of the Convention, George Washington, had occupied at the head of the room that summer, which had a decorative half-sunburst carved into the crest (and which is still on display at Independence Hall – see the photograph below for a detail of the crest). 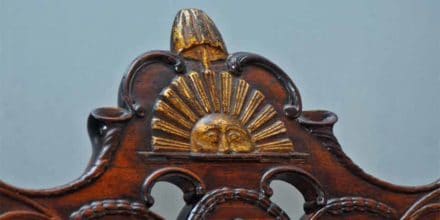 Franklin remarked that painters often found it difficult to differentiate, in their compositions, a rising sun from a setting sun. “I have,” he said, “often and often, in the course of the session, and the vicissitudes of my hopes and fears as to its issue, looked at that [sun on the chair] behind the President, without being able to tell whether it was rising or setting: but now at length, I have the happiness to know, that it is a rising and not a setting sun.”

This vignette is often taken to exemplify the great sense of hope that America’s founders felt at the new government’s birth, but it is a striking fact that almost none of them carried that optimism to their graves. Franklin survived to see the government formed by the Constitution in action for only a single year, but most of the founders who lived into the nineteenth century – or even to the dawn of the new century, like Washington – came to feel deep anxiety, disappointment, and even despair about the government and the nation that they had helped to create. Indeed, by the end of their lives many of the founders judged America’s constitutional order to be an utter failure that was unlikely to last beyond their own generation. This blog series will tell the story of their disillusionment, drawing on my new book on the topic, Fears of a Setting Sun.

Like the book, this series will focus principally on four of the preeminent figures of the period: George Washington, Alexander Hamilton, John Adams, and Thomas Jefferson. These four lost their faith in the American experiment at different times and for different reasons, and each has his own unique story. As we will see, Washington became disillusioned above all because of the rise of parties and partisanship, Hamilton because he felt that the federal government was not sufficiently vigorous or energetic, Adams because he believed that the American people lacked the requisite civic virtue for republican government, and Jefferson because of sectional divisions that were laid bare by conflict over the spread of slavery. 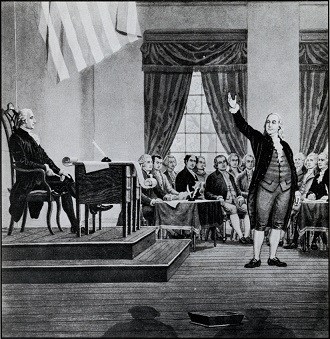 Franklin at the Constitutional Convention 1787 by Joseph Boggs Beale

Washington, Hamilton, Adams, and Jefferson were the most prominent of the founders who grew disappointed in what America became, but they were certainly not the only ones. In fact, most of the other leading founders – including figures such as Samuel Adams, Elbridge Gerry, Patrick Henry, John Jay, John Marshall, George Mason, James Monroe, Gouverneur Morris, Thomas Paine, and Benjamin Rush – fell in the same camp.

The most notable founder who did not come to despair for his country was the one who outlived them all, James Madison. Madison did harbor some real worries from time to time, but on the whole he remained sanguine about the nation and its politics all the way until his death in 1836. The final entry in this series will explore why Madison largely kept the republican faith when so many of his compatriots did not. 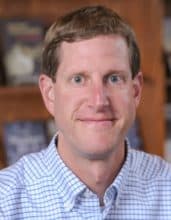 Dennis C. Rasmussen is Professor of Political Science at Syracuse University’s Maxwell School of Citizenship and Public Affairs. He is the author of four books, including ‘Fears of a Setting Sun: The Disillusionment of America’s Founders‘ and ‘The Infidel and the Professor: David Hume, Adam Smith, and the Friendship That Shaped Modern Thought‘, which was shortlisted for the Ralph Waldo Emerson Award.