The nation is awash right now in tributes marking the 50th anniversary of the death of John Kennedy. Some are focused on the man himself, others on his presidency, and still others on his assassination. The half century mark marks a moment to dream of the man who would be king, to reassess his short time in the White House, and to revisit yet again the murder of our leader.

In my mind’s eye two things stand out. The first is his sense of style – John Kennedy’s style. He was that handsome, that charming, that rich, that witty, that clever, that famously framed by so fabulous a family. 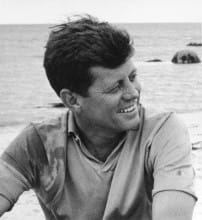 The second is a sense of closure – John Kennedy’s ending forever an imagined ideal. The ideal of a great leader taking the United States of America to heights greater than those scaled by any other nation in the history of the world. Even Ronald Reagan, in these two ways Kennedy’s only conceivable successor, does not qualify. His presidency came too late. By then, by the 1980s, the American people already were jaded.

What’s astonishing is Kennedy’s hold even now. Even 50 years later we remain mesmerized by the man, so much so that the year 1963 is remembered for nothing so much as his death.

But if we step back, shed our fixation on this single individual, there is this: Martin Luther King’s “Letter from Birmingham Jail” and Betty Friedan’s The Feminine Mystique. Both came out in, yes, 1963. Two of the greatest American documents ever were born in the year that Kennedy died. King’s Letter is one of the seminal pieces of the leadership literature, and Friedan’s book is acknowledged the “bible” of the 20th century women’s movement. 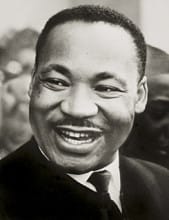 So in commemorating 1963 we might commemorate not only the death of a president, but this in addition:

“We know through painful experience that freedom is never voluntarily given by the oppressor; it must be demanded by the oppressed….For years now I have heard the word ‘Wait!’ It rings in the ear of every Negro with piercing familiarity. This “’Wait” has almost always meant ‘Never.’ We must come to see, with one of our distinguished jurists, that ‘Justice too long delayed is justice denied…

“The problem lay buried, unspoken, for many years in the minds of American women. It was a strange stirring, a sense of dissatisfaction, a yearning that women suffered in the middle of the twentieth century in the United States. Each suburban woman struggled with it alone. As she…lay besides her husband at night – she was afraid to ask even of herself the silent question – ‘Is this all?’”

– Betty Friedan, from The Feminine Mystique This blog is also posted on Barbara Kellerman´s own site: www.barbarakellerman.com.