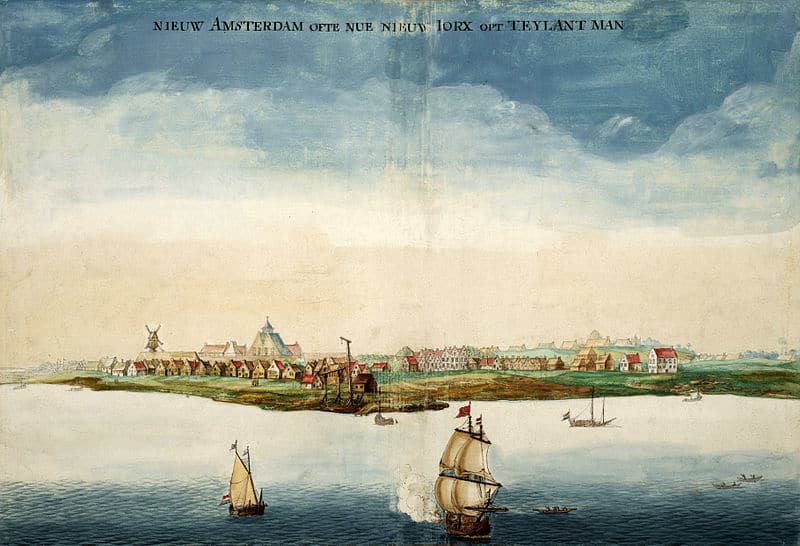 400 years of Dutch-American Stories
This blog is the first of a monthly series with stories from the rich history shared by the American and the Dutch people. Authors from both countries will present a range of stories, full of triumphs and disappointments that come with hundreds of years of shared history. Not all stories will be ‘feel-good history’. While the relations between the Dutch and the Americans have for the most part been stable and peaceful, the shared history contains some darker moments as well. Acknowledging that errors have been made in the past does not take away from the friendship but, rather, deepens it. 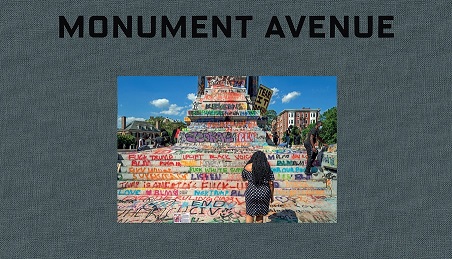 Monument Avenue
If Richmond represented the historic heart of the Confederacy, then Monument Avenue was meant to memorialize its soul. Almost from the moment they were erected, the monuments to Confederate heroes attracted controversy and protest. This reached a climax in the summer of 2020 when Black Lives Matter protesters, outraged by the death of George Floyd, converged on the avenue to vent their fury. On July 10th, Jefferson Davis’s statue was dragged from its pedestal. Two days later, photographer Brian Rose packed up his cameras in New York and drove back to his home state to document the last days of the grand boulevard of the Lost Cause. 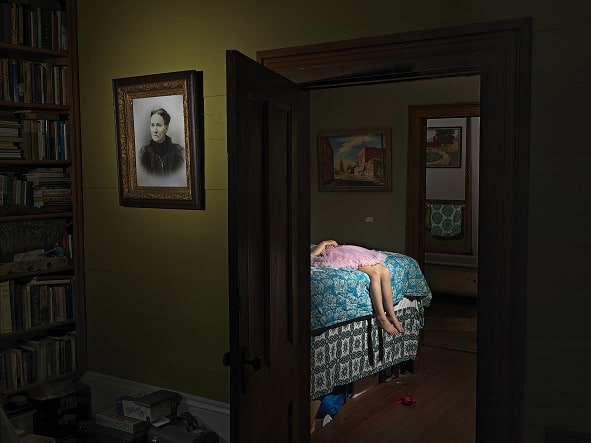 The Verdict: The Christina Boyer Case
State of Georgia Code 16-1-5: ‘Every person is presumed innocent until proved guilty. No person shall be convicted of a crime unless each element of such crime is proved beyond a reasonable doubt.’ ‘The Verdict: The Christina Boyer Case’ is a multi-layered case study of the U.S. criminal justice system and mass incarceration. In the book and the accompanying exhibition, photographer and artist Jan Banning delves into a three decades-old murder case in Georgia. On April 14, 1992, 22-year-old Christina Boyer was arrested on suspicion of killing her toddler daughter Amber and sentenced to life plus 20 years in prison. Almost 30 years later, she is still incarcerated. 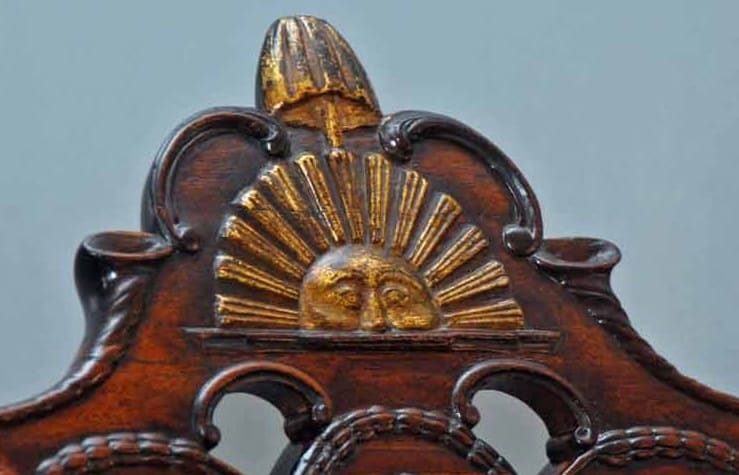 The Disillusionment of America’s Founders
By the end of their lives, America’s leading founders were surprisingly disappointed in the government and the nation that they had helped to create. In fact, most of them – including George Washington, Alexander Hamilton, John Adams, and Thomas Jefferson – came to deem America’s constitutional experiment an utter failure that was unlikely to last beyond their own generation. In this series Dennis C. Rasmussen draws on his new book, ‘Fears of a Setting Sun’, to tell the fascinating and too-little-known story of the founders’ disillusionment. 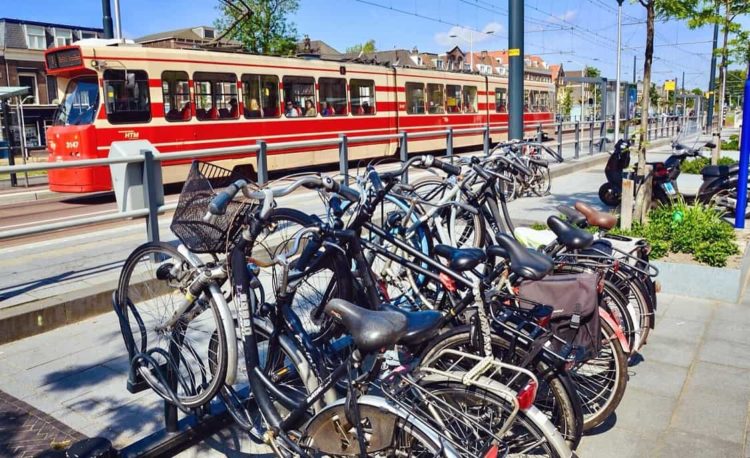 Life is better on a bike
Just hop on your bike and go. May is National Bike Month! But in the Netherlands, cycling is such an ordinary activity that the Dutch themselves don’t realize how special it is. They leave the advocacy to ‘new eyes’ from abroad, like the Canadian couple Chris and Melissa Bruntlett. For the John Adams they wrote a five-part blog based on their new book ‘Curbing Traffic’. 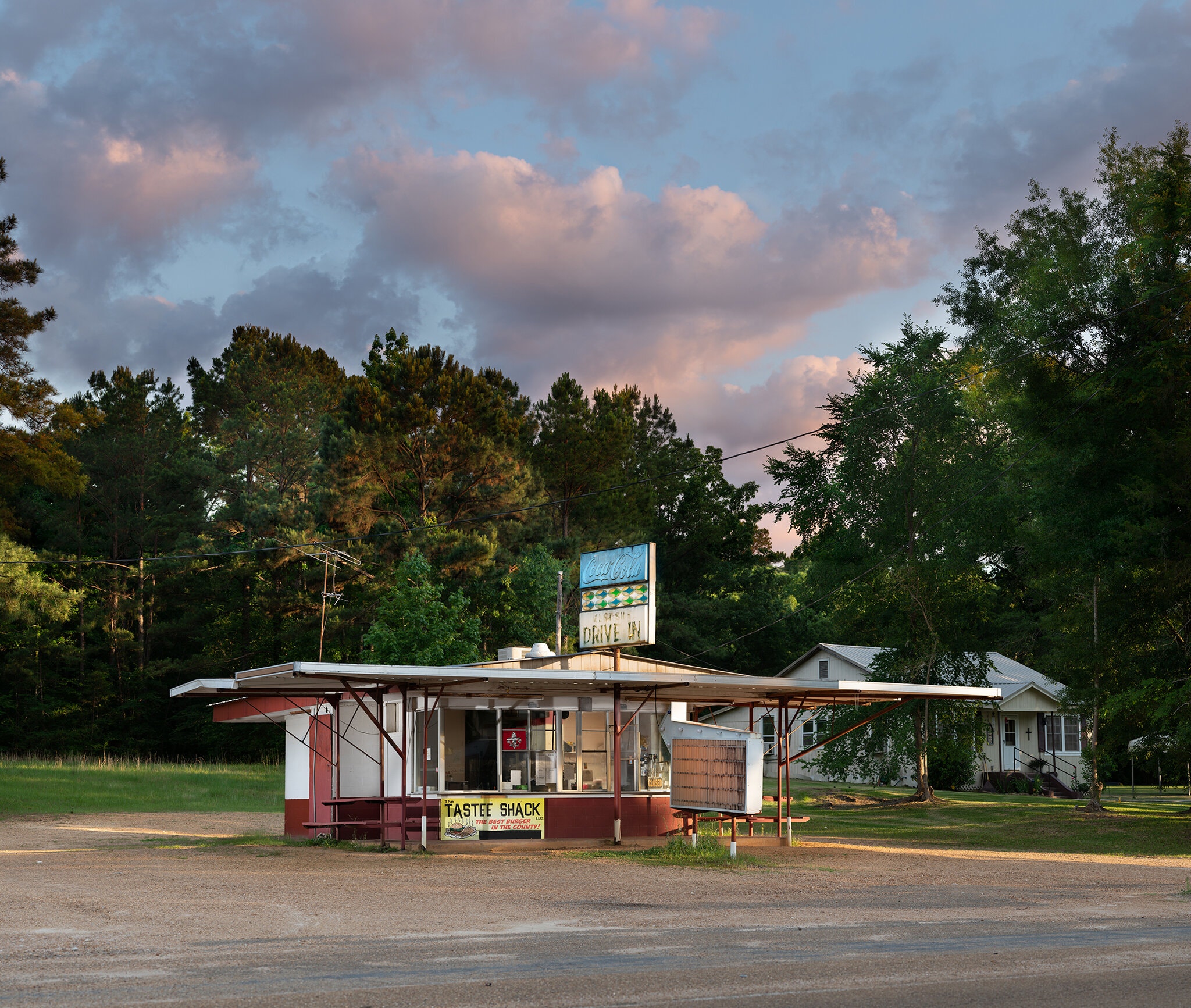 Ghosts of Segregation
Vestiges of racism and oppression, from bricked-over segregated entrances to the forgotten locations of racial violence, still permeate much of America’s built environment. ‘Ghosts of Segregation’, a project by photographer Richard Frishman explores these sites, often hidden in plain sight. It seeks to spark an honest conversation about the legacy of racial injustice in America today. One of his photos (left or see Blog tab) shows a former Tastee-Freez in Meadville, Miss., the place where in 1964, the KKK abducted two young black men. They were tortured and drowned in the Mississippi River.

Chad in Amsterdam: Comics with Character
After spending a decade in Washington D.C., native-Clevelander Chad Bilyeu moved to Amsterdam in 2009. In his comics ‘Chad in Amsterdam’, his autobiographical stories are portrayed by highly skilled artists who each draw their own version of him. As the comics try to bridge the gap between between Amsterdammers, Dutch folks, expats, and tourists, it’s a great read for anyone who is into Amsterdam. In this blog series, we’ll explore the four issues published since 2018. 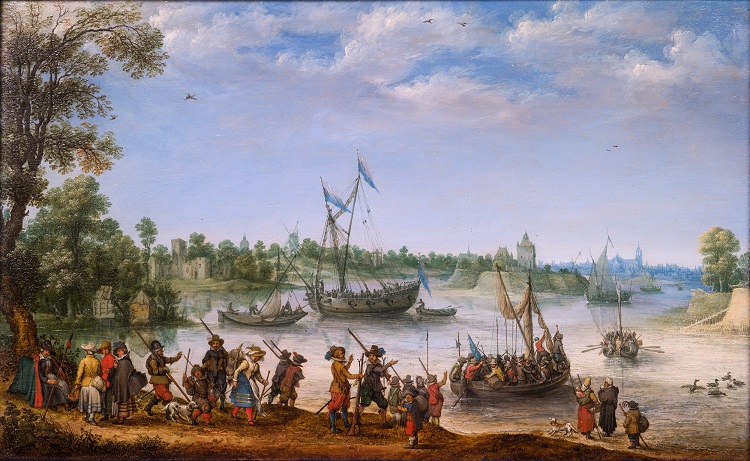 The Pilgrim Fathers: The Price of Liberty
In 1620, a group of people who later became known as the Pilgrim Fathers, left the Dutch city of Leiden, boarded the Mayflower and set sail to America in search of liberty. Their story is remarkable, and one worth telling. Over time, it was also greatly romanticized and distorted. Based on the exhibition ‘Pilgrims to America’ at Museum De Lakenhal in Leiden, this blog series tries to paint a more nuanced picture of the Pilgrims’ enterprise. 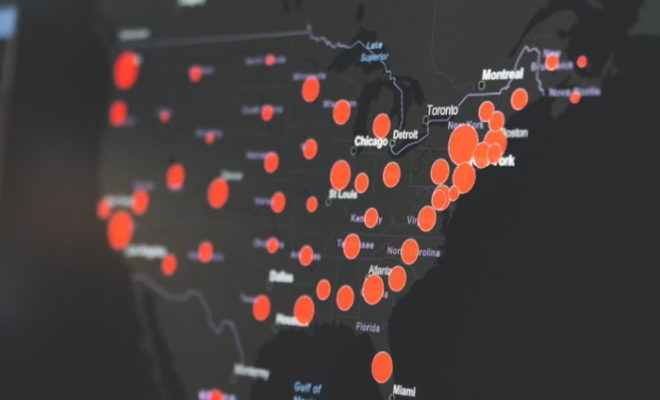 Stories From The Other Side
This blog series tells the stories of a range of people living in different parts of the U.S. during the current pandemic. It gives an insight into their experiences, lives, hopes and fears, and how they cope. 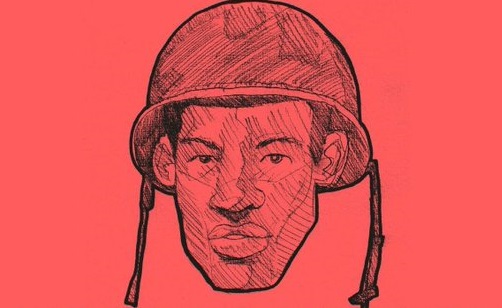 Black Liberators
This new blog series is about the Black Liberators – the African American soldiers who helped liberate Western Europe during the Second World War. We discuss the Black Liberators exhibition at the Dutch Institute for War-, Holocaust- and Genocide-studies (NIOD) in Amsterdam, the graphic novel ‘Franklin – A Dutch Liberation Story’ and interview a number of people who have been involved in these projects. 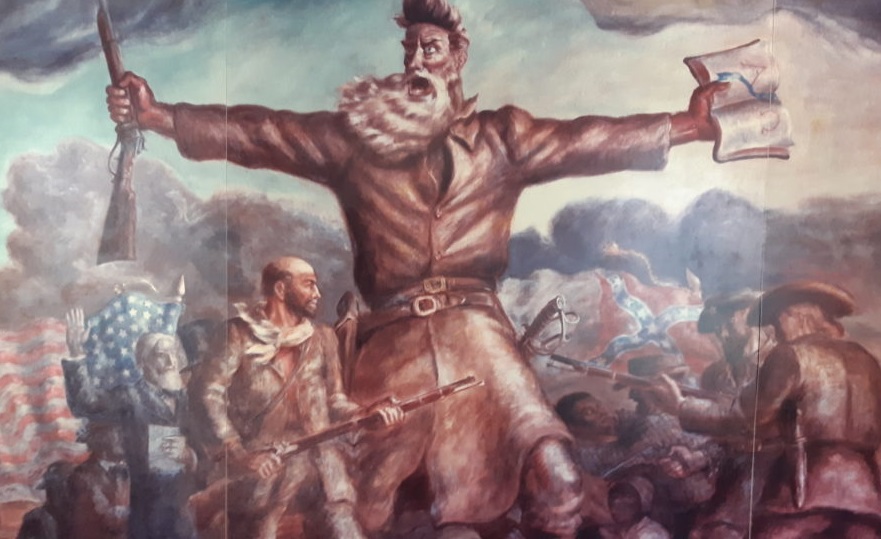 When it comes to John Brown’s raid, nothing is black and white
In 1859, the abolitionist John Brown led a raid on Harpers Ferry, Virginia (now West Virginia) to initiate an armed slave revolt. Although the uprising only lasted 36 hours and ended with him and his men taken prisoner, killed or forced to flee, it still captures the imagination. Mieke Bleeker travelled to Harpers Ferry and learned about the many layers of the story and the different perspectives on the raid. 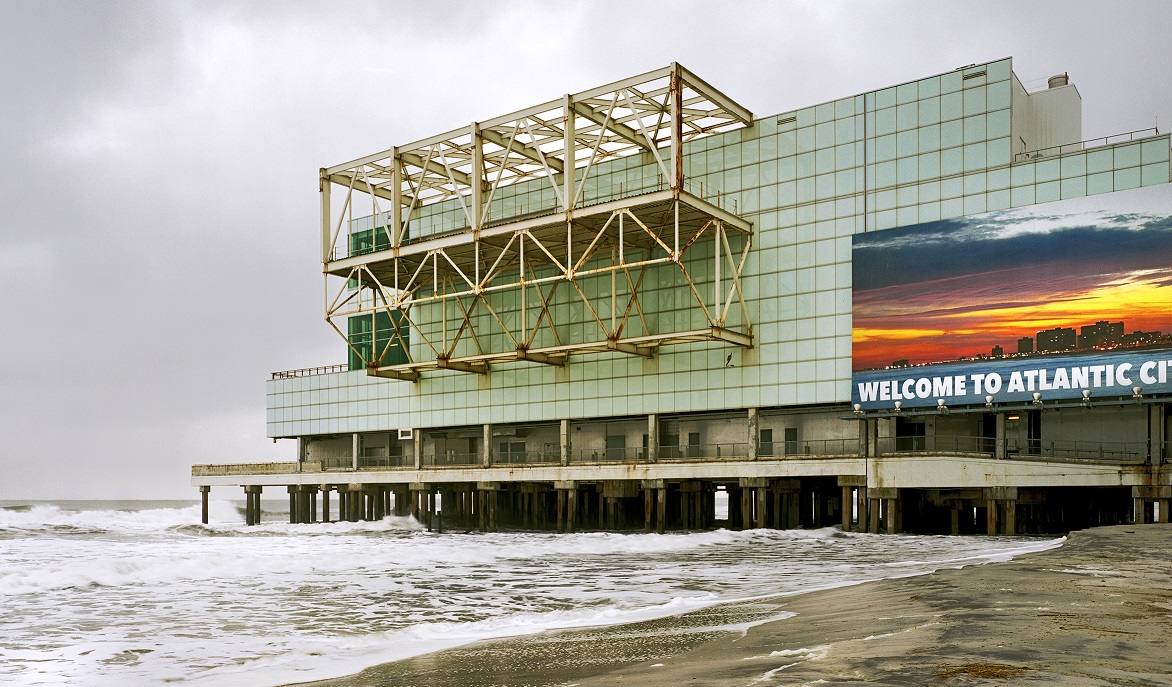 Atlantic City, Forlorn
In his book Atlantic City, American photographer Brian Rose captures a haunting image of the city once known as ‘the World’s Playground’, by documenting what remains of the city in the aftermath of the casino explosion. John Adams director Tracy Metz selected photographs from the book showing Atlantic City as a symbol of excess and decline. 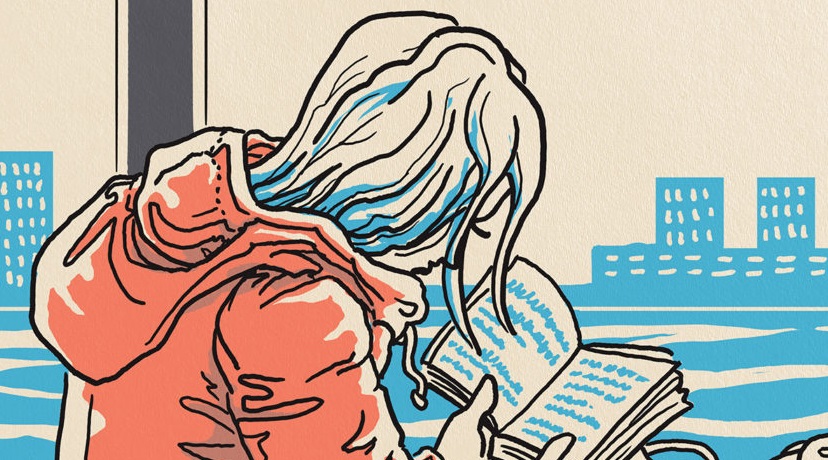 Faces on the Ferry
American artist Rachelle Meyer lives in Amsterdam Noord and uses her 12 minute ferry commute to sketch her fellow commuters and the city’s changing seasons. In this blog series she takes us with her on her Faces on the Ferry art project. 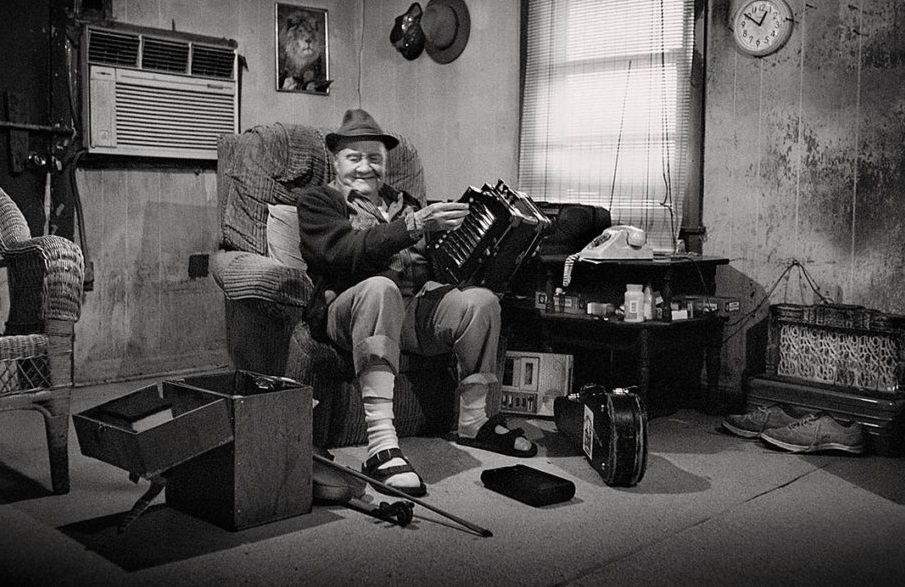 Cajun Culture - Portraits of South Louisiana
Capturing the essence of musicians on film is quite difficult. Dutch photographer Emile Waagenaar succeeds in doing just that. In his book Arrête pas la musique! Portraits of South Louisiana, he showcases Cajun musicians in their homes and cities. His black-and-white photographs create an image not just of a musician, but also one of the Cajun culture of the Deep South. In this blog series we will present a few of his pictures with commentary from Emile Waagenaar himself. 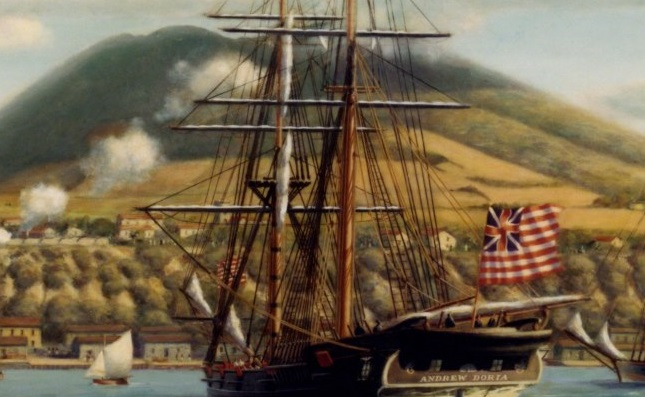 The Golden Rock
The colonists in America started the war for independence from Great Britain in 1775 with an army that lacked everything. It was only thanks to the smuggle of arms and gunpowder through the Dutch free port of St. Eustatius that George Washington managed to keep up the fight in those important first years of the revolution. The decisive role played by this Dutch island in the birth of the United States is the subject of a new book by the Dutch journalist Willem de Bruin, published by Uitgeverij Balans. The title ‘De Gouden Rots’ – The Golden Rock – refers to the name by which St. Eustatius was known in the eighteenth century on both sides of the Atlantic. 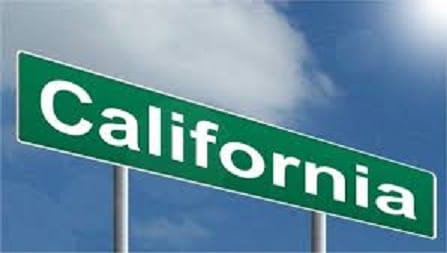 California Dreamin'
No other state sparks the imagination like California does. The sixth economy in the world attracts whiz kids and entrepreneurs, surfers, musicians, entertainers, immigrants and tourists from around the world, all chasing their own Californian dream. Sometimes they make it, very often they don’t. Because not all that glitters on the West Coast is gold: the richest of all states is also home to the highest poverty rate in the country. Journalist Laila Frank spent most of 2018 traveling the West Coast. In this series she shares her adventures and observations. 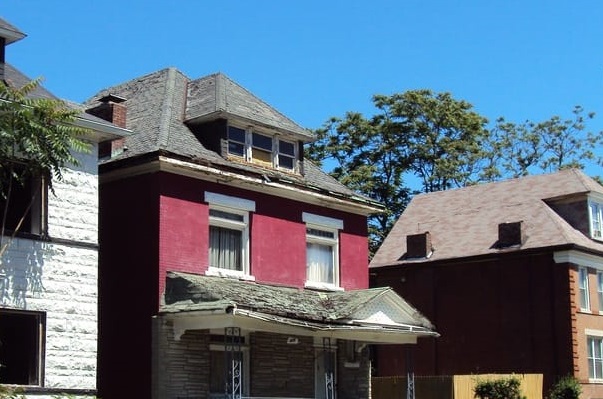 Poverty and Profit in the American City
In this blog series we focused on the theme of our event with Matthew Desmond on July 4, 2018: home evictions. In 2016, 2.3 million people were touched by eviction, showing this to be not just a local or regional problem, but a nationwide epidemic that is as much a cause of poverty as a result. At the event, Dutch journalist Arjen van Veelen read a column about his time living in St. Louis, on which he based his new book ‘Amerikanen Lopen Niet’. In this blog series you’ll find an interview with Van Veelen, three segments of his book, an interview with Matthew Desmond, and a review of the exhibition at the National Building Museum in Washington based on Desmond’s book ‘Evicted’. 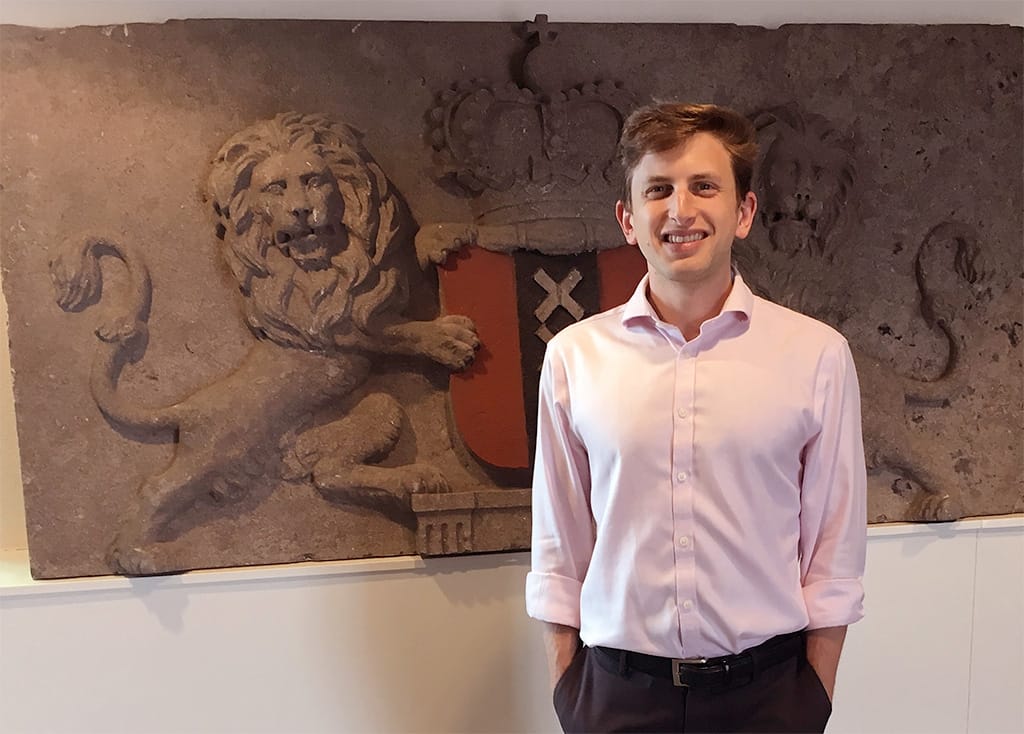 Urban Observations
Ross Tilchin, researcher at the Brookings Institution, came to Amsterdam to work for three months at the Amsterdam Economic Board. For the John Adams he wrote a twelve-part blog on the differences between American and European cities. “I hope to cover a wide range of topics, including urban quality of life, neighborhood design, cycling (of course), diversity and gentrification, and the role of creative industries in urban life.” The War We Would Forget
To commemorate a painful chapter in American history, the John Adams Institute published a series of blogs by Vietnam vets, all of them members of the 1964 class at Dartmouth college in New Hampshire. For the 50th reunion of the class of ’64 Phil Schaefer brought together 55 essays by classmates who served during the Vietnam era. ‘The war our country would like to forget, but should remember’, this is how Schaefer describes the Vietnam war in his introduction to the collection of essays. 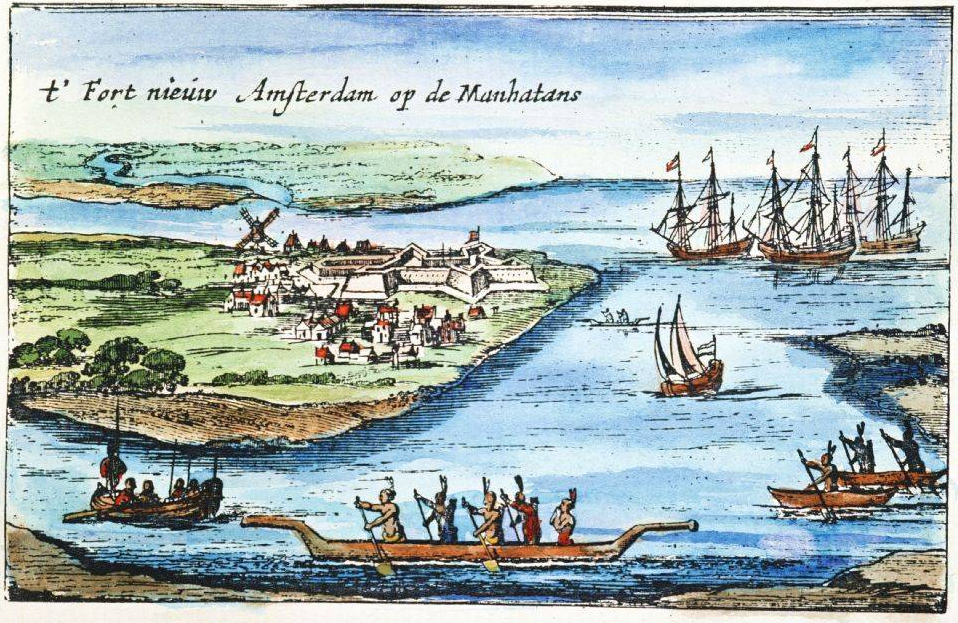 New Amsterdam Stories
‘New Amsterdam Stories’ is a project and weblog. Guided by scholars from the New Netherlands Institute (Albany, NY), it makes original documents found in both the New York Municipal Archives and the Stadsarchief Amsterdam(the Amsterdam City Archives) available to the general public for the first time. It highlights the individual stories of the people of New Amsterdam, by combining information that has been found on both sides of the Atlantic Ocean. 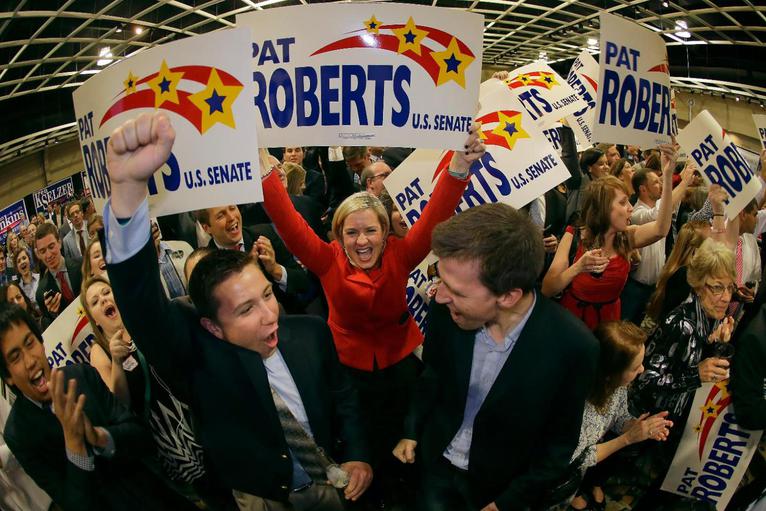 A Nation Torn
The midterm elections revealed the deep divisions within the US political system. With a Republican majority in both the House of Representatives and the Senate, Obama has a tough last two years ahead of him. In a short series of blogs, a number of America-watchers will reflect on the question: where do we go from here? 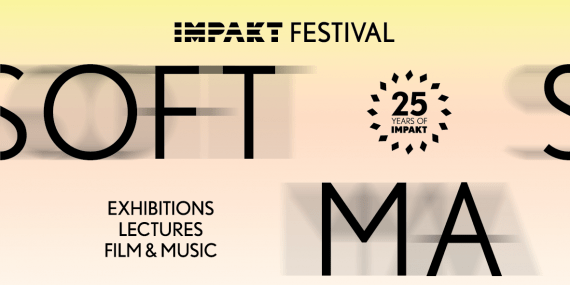 Scott Kildall and the Impakt Festival
Between 29 October and 2 November 2014, the Impakt Festival takes place in Utrecht. Impakt presents critical and creative views on contemporary media culture and innovative audiovisual arts in an interdisciplinary context. American artist Scott Kildall will blog for the John Adams Institute about his residency and the theme of the festival, Soft Machines, the projects at the festival as well as his own projects, and his general experiences during his stay in the Netherlands.

50 Years JFK Assassination
In the days leading up to the fiftieth anniversary of this historic event, we published a series of blog posts by renowned Dutch and American academics, writers, journalists and thinkers on what JFK had meant to them. 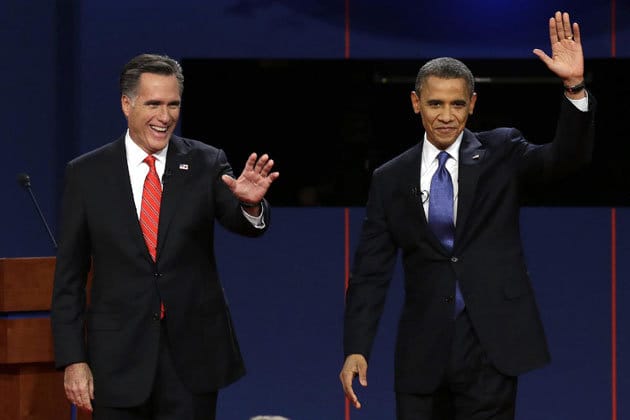