A number of American photographers are represented this year at the bi-annual Fotofestival in the picturesque town of Naarden, on through June 18th. This year’s theme is ‘Right Here, Right Now’, a comment on photography’s role as our eyes on the world.  Laura Morton, George Steinmetz and J Henry Fair show us our tech-driven society and our impact on the planet in ways we have never seen before.

Technology dominated our lives, in particular of the generation that is drawn by the new goldrush to California’s Bay Area. They work long days to as they chase their dreams. Their lives are closely entwined: they live together, work together, party together – and compete with each other. 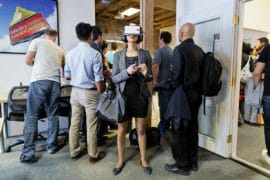 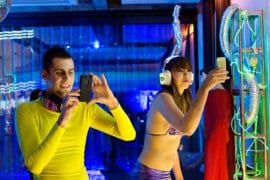 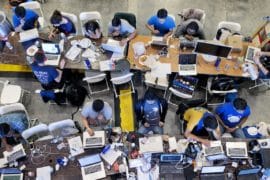 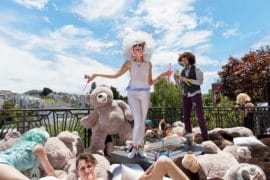 By 2050 the world’s population will have risen to 9 billion. How are we to feed them all? George Steinmetz started his career as a geophysicist at Stanford, and started photographing during a long trip through Africa. He now uses a motorized paraglider that makes it possible for him to fly low over his subject and show the enormous scale of modern-day food production. 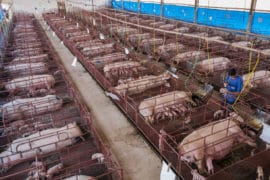 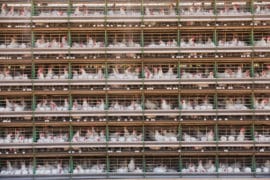 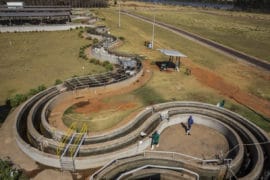 J Henry Fair’s photographs of pollution caused by human activity are presented as big prints laced to metal frames surrounding the main church in the center of Naarden. Fair is an environmental activist and co-founder of the Wolf Conservation Center. Under the hallucinating colors and shapes in his images for ‘Industrial Scars’ there is a horrendous story of the impact of the extraction economy on our planet. 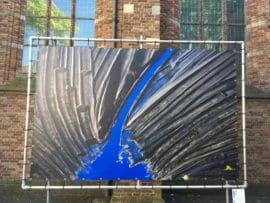 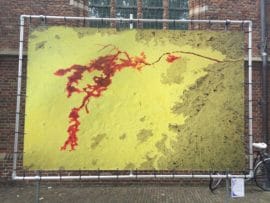 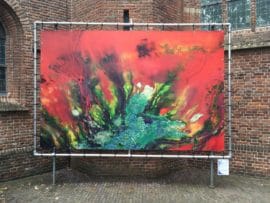