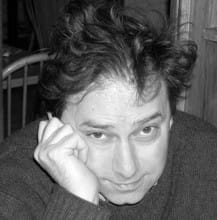 The John Adams Institute was proud to present Ben Katchor, the first comic strip artist ever to win a McArthur Foundation “genius grant.” Katchor has been called “the most poetic, deeply layered artist ever to draw a comic strip.” Katchor started out as a contributor to Art Spiegelman’s legendary cutting edge graphics magazine Raw, and his strips Julius Knipl Real Estate Photographer and The Jew in New York have been syndicated in the United States since 1988. As a son of a Yiddish speaking communist from Warsaw, Ben Katchor is much influenced by Yiddish culture. Reason enough for the Jewish Historical Museum to mount an exhibition of his work, entitled “Superheroes and Sjlemielen,” which will run through June 8, 2008. And reason enough for the John Adams Institute to present Katchor himself, together with his comic strips.