“ Before bed at night, think about why you get up the next morning. And think about what you eventually want it to say on your tombstone. Nobody says at a funeral: that guy had such a great flatscreen tv. Material possessions are not important. All that matters is how you affect the lives of others. ” 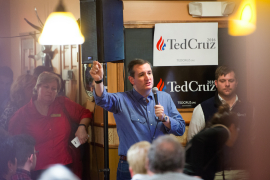 “ Churches haven’t done a good job figuring out how to be relevant. Churches provide not only Sunday services, but human services. ”

“ The Republicans have adopted a suicide strategy and that is to be a party of whites. ”

“ In New Hampshire, you can’t swing a cat without hitting a state representative. ”

“ ‘I’m gonna get the job done’ doesn’t resonate well, because people want to throw off the shackles and blow up the system. ”

“ The Republicans are reaping what they have sown, and that is Donald Trump. ”