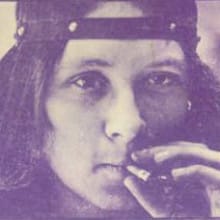 The Cherokee Indian writer Craig Strete visited the Netherlands to attend the fifteenth anniversary of In de Knipscheer Publishers, where he made his literary debut in 1976 with a volume of short stories called If All Else Fails. During his visit Craig Strete gave a lecture in Amsterdam, organized by the John Adams Institute in the American Literature Today series.

Strete has more than ten books to his name, most of which have been translated into Dutch: short stories, poems, novels, and children’s books. In all his work Indian elements (mythology, life in the reservations) play a role and are combined with current events or even science fiction themes. “With this work, we risk the dangerous power of genius – of one who can construct a universe within the skull to rival the real” (Jorge Luis Borges).

As one of four titles that launched In de Knipscheer’s new Globe Pocket series, a selection of Strete’s stories for readers of all ages was published at the end of October. The book was titled Hoe Jongen zijn naam verdiende. If there is one writer who is what a writer ought to be, that is a shaman or someone who maintains contact with the intangible other world, it is Craig Strete. The fifteen stories in Death’s Chance, his book with an introduction by Salvador Dali, show Strete at his best. Sometimes shocking, often moving experiences on either side of the line between life and death and always with the utmost relevance to the contemporary reader.

The evening was moderated by journalist Jan Meng

The evening was organized in cooperation with uitgeverij In de Knipscheer, Ramada Renaissance Hotel and Trans World Airlines 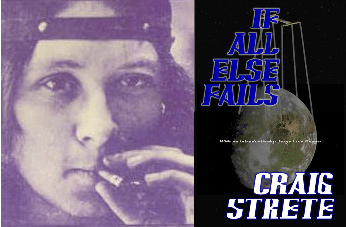