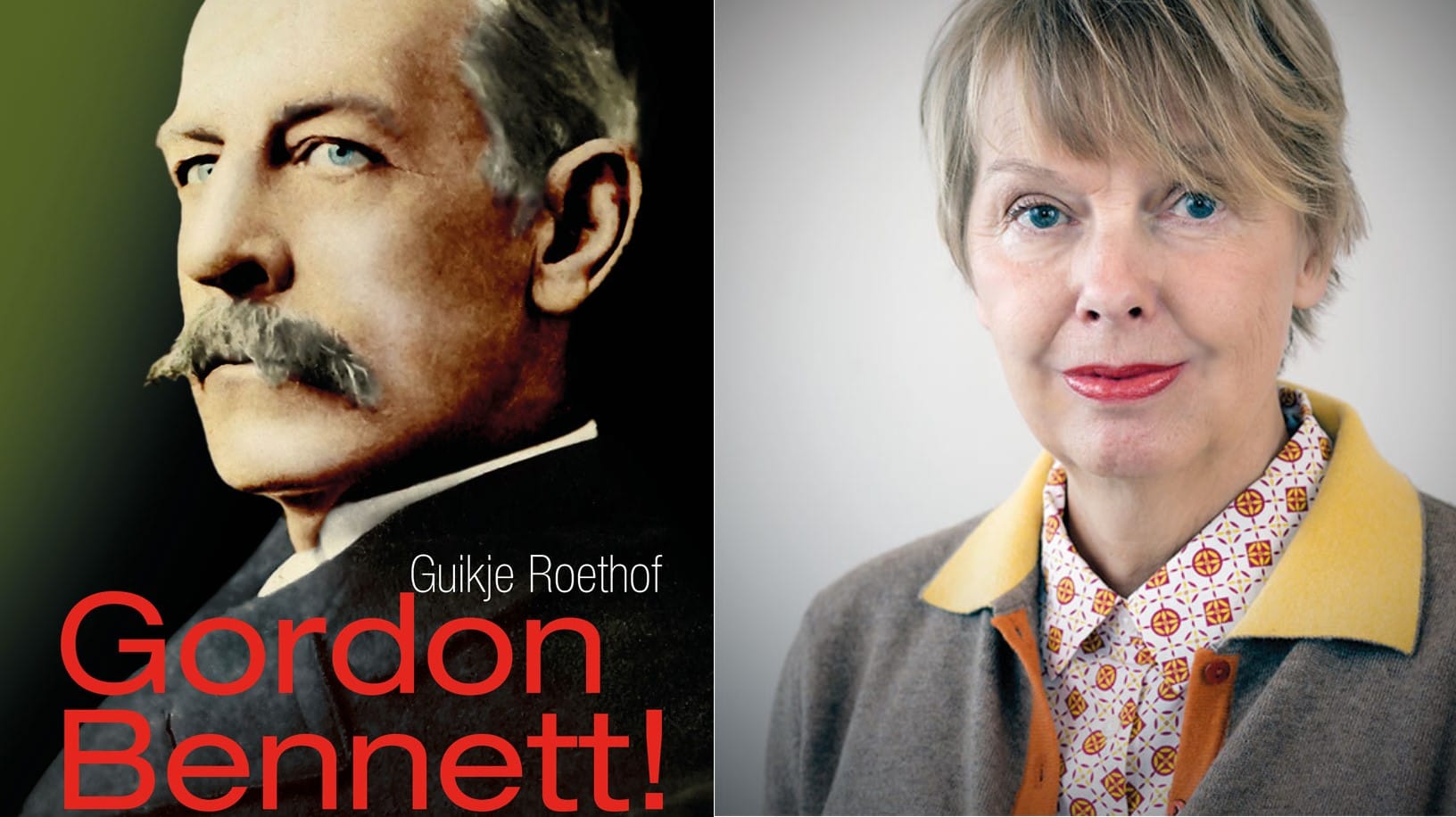 On 28 January 2018 at 4 PM in bookstore Scheltema, publishing house Aspekt presents a biography of the American newspaper tycoon James Gordon Bennett jr. The book is written by the Dutch author Guikje Roethof, a former member of the Dutch parliament.

James Gordon Bennett (1841- 1918) was a remarkable personality. He send Henry Morton Stanley to Africa to find David Livingston and funded several expedition to discover the Northpole. After a social scandal James Gordon Bennett left New York in 1877 to live in Paris, like many wealthy Americans did during those days. In the winter he preferred to stay on the French Rivièra, which was a regular hotspot for American tourists in the Belle Époque.

Bennett inherited the New York Herald from his father James Gordon Bennett sr. He was born with a silver spoon in his mouth and managed to turn it into gold. For years he was undoubtedly the greatest newspaper editor of the hemisphere until Joseph Pulitzer came a long. The book shows the origins of the mass medium and the competition between the giants op the press in the American Gilded Age. When William Randolph Hearst enters the scene in 1893 the level of ethics and values diminishes rapidly and the papers of Hearst and Pulitzer indulge in ‘yellow journalism’.

Although James Gordon Bennett led a live full of scandal and sensation, he didn’t want to compete in vulgar sensationalism. So he lost market share during the nineties of the nineteenth century. He came back during the Spanish American war, a war that was started through the pressure of the ‘yellow papers’. Bennett brought distinguished professional reporters in the field for a detailed, accurate reporting. Quickly people started to buy the New York Herald again, leaving his populist competitors with a bad image for years to come.

Bennett was a big spender. It is estimated that he spend 40 million dollars during his lifetime, which according to measuringwealth.com, would be 1,2 billion today. He loved to sail the oceans in his luxurious yachts and he organised several big sporting events, of which some still exist today.

The book Gordon Bennett! will be available from 28 January on bol.com and in some bookstores.

More information about the book and the author can be found on www.jamesgordonbennett.nl

On January 28th between 10 and 11.30 AM, Guikje Roethoff will be on air as a guest in OVT, the history program of the VPRO on Radio 1.