For this final installment of a three part blog series, The John Adams Institute talked with Ellen Fleurbaay, head of Presentation and Participation at the Stadsarchief Amsterdam, to hear about the Amsterdam side of this project.

New Amsterdam Stories is a project carried out by three different partners: the New York City Municipal Archives, the New Netherland Institute and the Stadsarchief Amsterdam.  It came about when Jan Kennis, cultural attaché at the Dutch consulate in New York, realised that both the New York Municipal Archives and the Stadsarchief were unlocking their archives, and recording what is inside the documents they have filed away. Nowadays, this also means that the contents of these documents are digitized. The Stadsarchief has a variety of archives, from personal ones bestowed to the Stadsarchief to civil registration. One of these archives is particularly interesting to the New Amsterdam Stories: the Notarial Archives, which the Stadsarchief is currently unlocking.  People would go to a notary to sell their house or to make a will: anything that needs official approval. Because these documents have always been legally binding, almost all of them have been saved. This means that the amount of documents we are talking about is huge. The exact number is not yet known as they have yet to be unlocked, but our estimation is that the Notarial Archives contain at least 20 million notarial deeds.

This project is challenging not just because of its sheer size, but also because of the difficulty of researching these archives. The problem is that all the deeds have been stored away in chronological order. There is no system based on the content of the documents, so a sales contract can be stored away next to a will. For centuries, notaries were filing away their records on a day-to-day basis, unfortunately without keeping in mind future archivists.

In the 1950s and 1960s, archivists were put to the task and made an effort to structure the documents. Groups of up to thirty archivists have worked on this for almost three decades. Even after all those years, they still had done only seven percent of the archives. This means that as of now, 93% of the contents of the Notarial Records is still unknown. The good news for the New Amsterdam Stories is, however, that there has always been a strong focus on New Amsterdam. As the archivists were trying to order the documents they were going through, they had to make choices in their categorization. New Netherland has always been labelled, and now 6,000 documents are known to be related to the settlement. That is a lot for only seven percent, and it shows how keen the archivists have always been on the topic.

In the process of making a Story, the archivists of the New York Municipal Archives pick which individual they want to focus on, in consultation with Dennis Maika, the guiding historian from the New Netherland Institute. They will then send all the details they have to the Stadsarchief, such as the name – or names – of people closely associated with them, dates of birth, dates of arrival in America, dates of death. At the Stadsarchief, the old card system will be used to go through those seven percent of known documents, hoping to find a match. 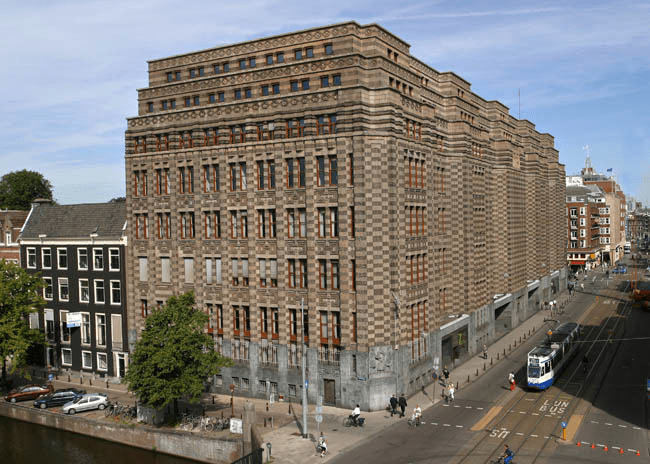 In the meantime, the Stadsarchief continues to unlock the rest of those 97% of Notarial Archives. Luckily, the process goes much faster now due to digitization, which has so many advantages: it becomes much easier to research the documents, and in turn people can access these documents online. But before the records are presented to the general public, we ask those very same people to support the project: the majority of the funding is expected to come from crowdsourcing.

For the first step, professionals are definitely needed. The Stadsarchief hires a scanning company that can scan up to 3,000 documents a day. Together with experts from the Stadsarchief, they know how to handle these very old documents. After the documents are scanned, they are uploaded on a platform. This platform, attached to the website velehanden.nl, is an independent platform developed by the Stadsarchief a couple of years ago. The Stadsarchief does not have the capacity to host such a platform, and furthermore, many other archives in the Netherlands can now make use of it. So, after the documents have been uploaded on this platform, they are handled by a group consisting mainly of volunteers, who are the main engine of the project. As of now, 15.000 records have been indexed.

The volunteers often wonder if they deliver sufficient quality work, and the answer is that they actually do. Some of these volunteers are unbelievably dedicated. Once, on a different project, the Stadsarchief was identifying photographs from the 19th century. A volunteer cycled around the Amsterdam canals for weeks until he could locate a detail on a staircase. Even the most dedicated professional would seldom go to such lengths to acquire information. 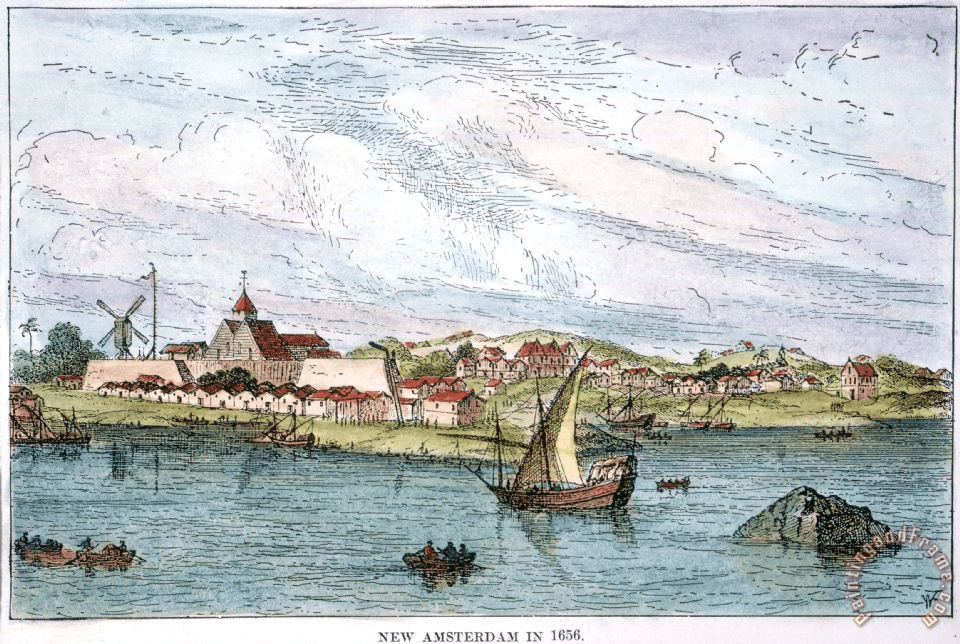 Once the documents have been uploaded, the volunteers sort them by topic and type them out. With birth and death registrars, there are two volunteers who type out the same names, as 16th and 17th century handwriting can be tricky. Then, a computer compares the results and, if any differences are found, a professional will take a look at it. Since this project encompasses some 20 million documents, the project is happy with all the manpower it can get.  Not all the volunteers who sign up actually are up to the task: of the few hundred people who participate in a project, about twenty percent gets the job done. This is a dedicated core group who make sure that the quality of the end result is at least as high as it would be if professionals had done the job. All the documents that are typed out and sorted become accessible online. On the website of the Stadsarchief, popular topics have their own heading. New Amsterdam is definitely one of these topics, so all newly-digitized documents can be viewed there (in Dutch). Of course, these documents can also provide content for the New Amsterdam Stories.

These Stories will paint a more complete picture of New Amsterdam. The aim is to make the archives accessible for people who would otherwise not so easily delve into it. The Stories will be successful if they help people, for example by getting them to enjoy history. This is the case for archives in general: there are many people for whom archives can play a vital role in their lives, ranging from those who are able to identify their parents, or who can trace their lineage much further into history, as is evident for those with ancestors from New Amsterdam. Archives tend to have a stuffy image, but actually they are simply about information and people’s life stories: about making information available to the public. The entire Internet is about information, and the Stadsarchief has millions of documents full of information. Think of all the stories it contains! I truly believe that archives are one of the most interesting branches of the cultural sector.

Read the first part here, and the second part here.