Every couple knows the difference between affection in private and affection in public. A kiss or a heartfelt embrace feel different when you’re being watched. It often feels awkward. It means that a public display of affection feels more demonstrative, more like a statement. This doesn’t mean that the love is less sincere or that it should not be seen, but it serves a different purpose. It is evidence. Like a bridal couple that kisses to seal their newly sworn everlasting love, with everyone cheering on. Barack doesn’t have to claim her, because he has no competition. Everybody know she is his wife. But it is important to keep showing that he loves her, and that their relationship is healthy. Every suggestion of disinterest or rejection can start to live its own life on the pages of the tabloids. You can argue in private. Publicly, love is part of the job. 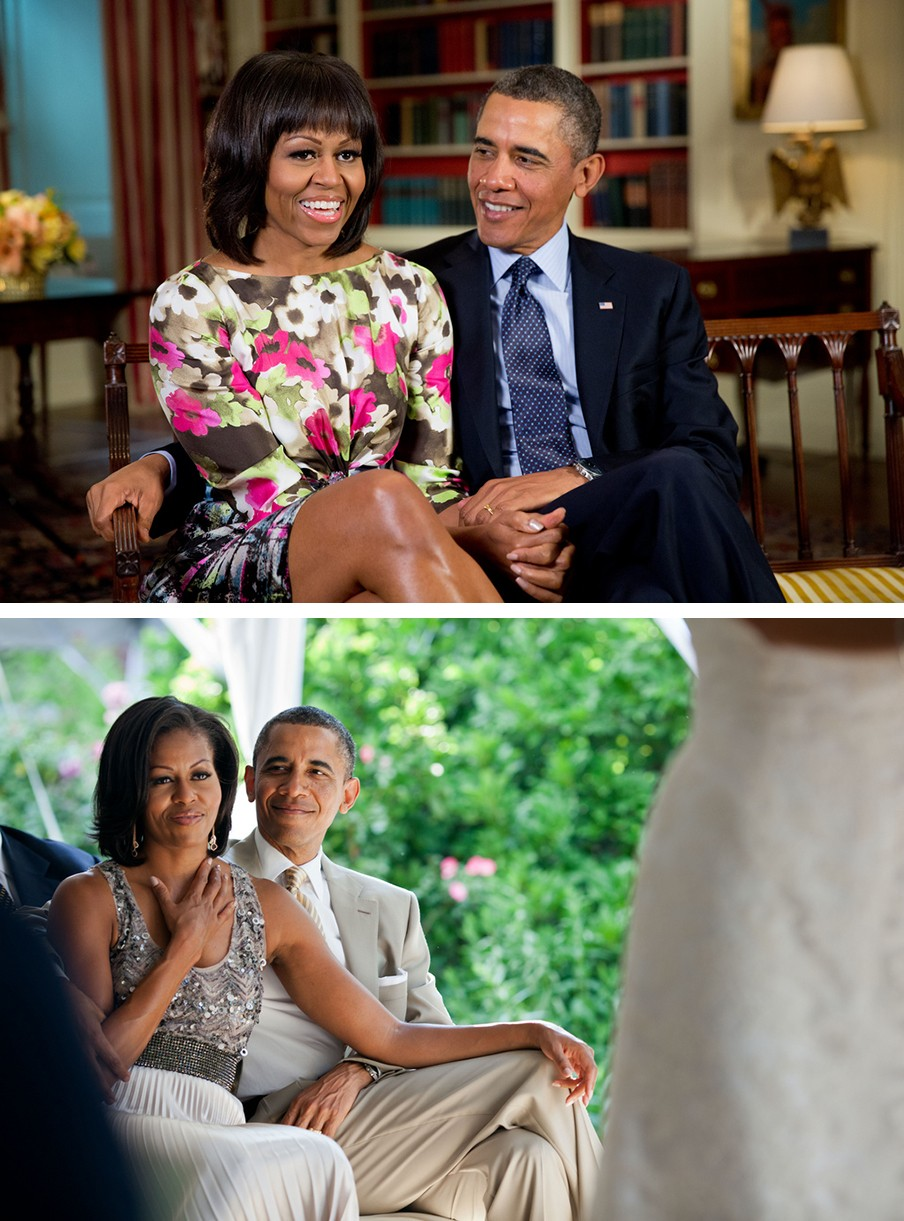 You can see the entire ‘love’ collection here.