President Obama and small children. They seem to be a perfect match. He hugs them. They like to hug him back even more. He makes them laugh. They are never afraid, sometimes shy. Children can disarm the most powerful man on earth. As well as everyone around them. They endear everyone who is looking on. The people in the pictures as well as the people who are looking at the pictures. At least, that is the purpose they serve. 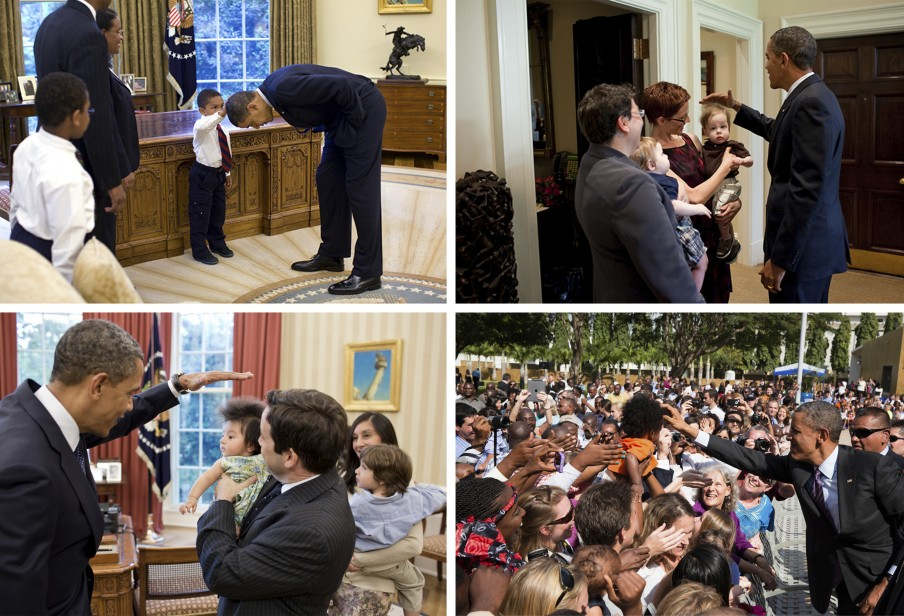 You can see the entire ‘baby’ collection here.