Sometimes it is more a staring in the distance, leaning back, his face towards the sky. At other times his hunched position suggests he really is looking at something. What he is truly looking at, we don’t know. That is what makes these images so powerful. A window suggests a world outside. Whereas a door provides access to that outside world, a window is both transparent and a hermetically closed wall at the same time. The rooms tend to be neoclassical: he is following in the footsteps of his predecessors.The President is small, the windows are enormous: he has dedicated his life to this task. The play of light: his obligations are momentous. The lonely staring into the carefree outside world: only he and his predecessors know the burden of this heavy task. It’s lonely at the top. 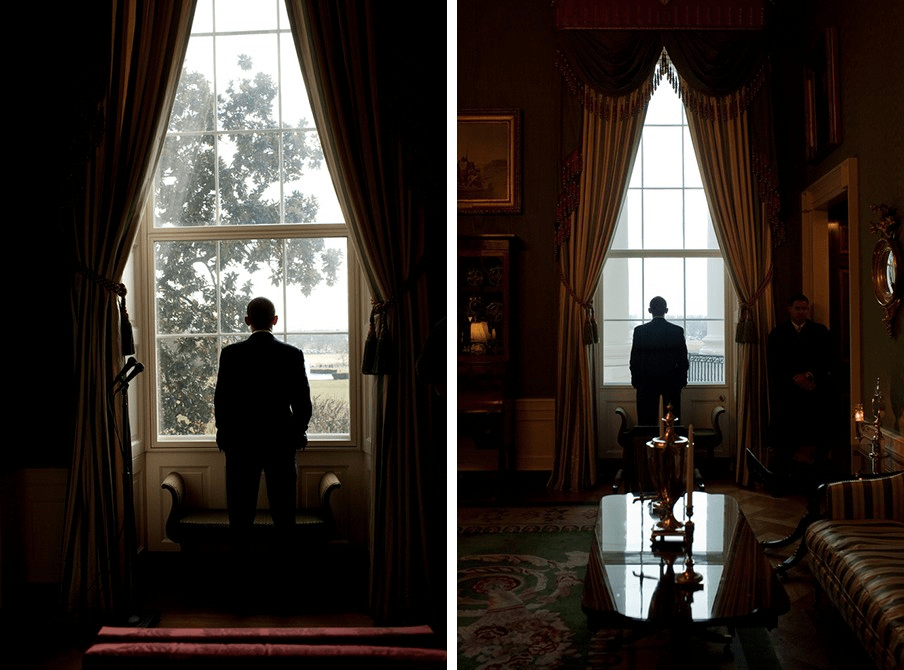 You can see the entire ‘view’ collection here.