In the recurring item The Dutch Inquisition in the second issue of Chad in Amsterdam, Chad again goes into the subject of compartmentalization, the Dutch urge to divide the world into nicely fitting categories, as he sees it.

One of the things he loved about Amsterdam when visiting the city before moving there, was its diversity. But after settling in, he found this diversity to be somewhat superficial: all these different people hardly mingled. Instead, they would stick with their own, safely within the borders of their own group.

As he tries to explain the situation to an American friend who is visiting, it’s clear that the Dutch claim on tolerance bugs him. Are you truly tolerant when there is hardly any interaction between all these different ethnicities? 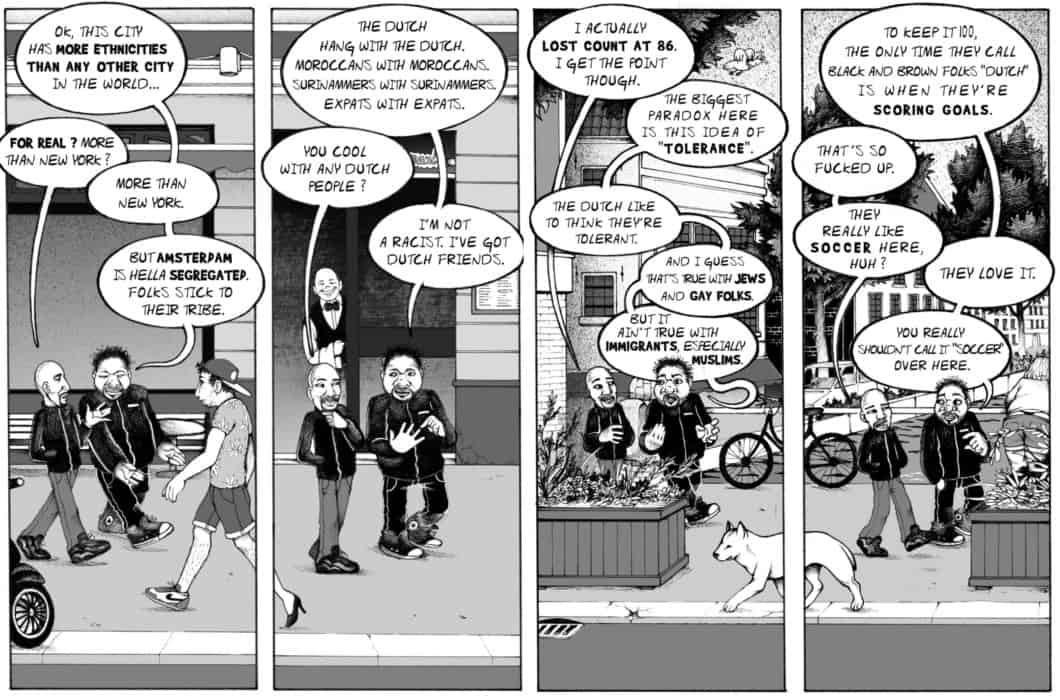 Fietsdepot is a fun story, and probably the most recognizable of all for everyone living in Amsterdam, no matter your background or where you came from. The horror when you realize your bike is no longer where you parked it, but instead has been moved to the fietsdepot (‘bike depot’), located at the western outskirts of the city.

One can only empathize with Chad, while he struggles with the bureaucratic hassle and takes the trip westward by public transport and on foot.

What also seeps through, is Chad’s genuine curiosity about how things work in the Netherlands. When he meets the employee of the bike depot who is in charge of matching towed bikes with their rightful owners (the typical accent of a Dutch person who speaks English reproduced brilliantly), he lets himself get fully educated on the workings of the depot’s system. 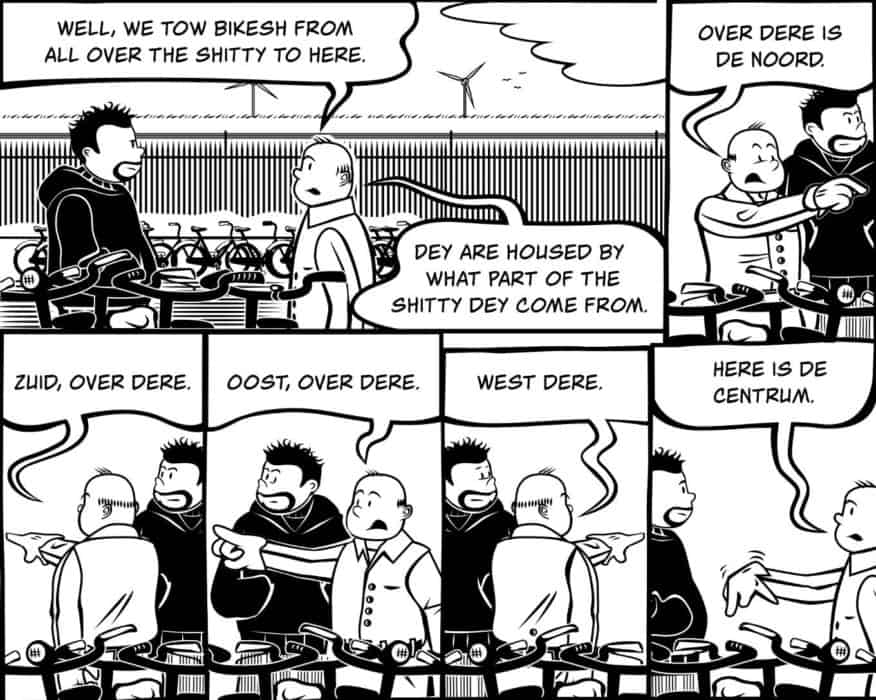 One thing he learns: chopping things up into clear-cut categories even applies to something like a bike depot. Chad: “You know what it reminds me of? The moment your plane descends to Schiphol Airport and you see the fields below, all divided into neat squares.” That’s quite a clever comparison. 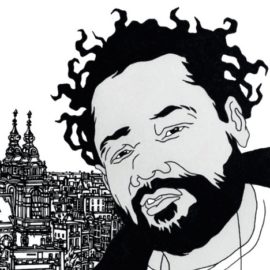 DroL created the images for ‘The Dutch Inquisition’. Those of ‘Fietsdepot’ were made by Erik Why. All content copyright © Chad Bilyeu. Visit Chad’s website to get your copies of ‘Chad in Amsterdam’. They are also available in several bookstores in Amsterdam, like Athenaeum Boekhandel, The American Book Center and Zwart op Wit. Click here for the other blogs in this series.