No matter the country, the connection between access to opportunity and economic prosperity is intrinsic. A population should be able to easily access housing, education, employment, health care, shops, and essential services. Despite this recognition, a car-dominant focus overlooks the negative impact this has on almost everyone, particularly those of lower incomes. Taking into …

Blog overview Life is better on a bike 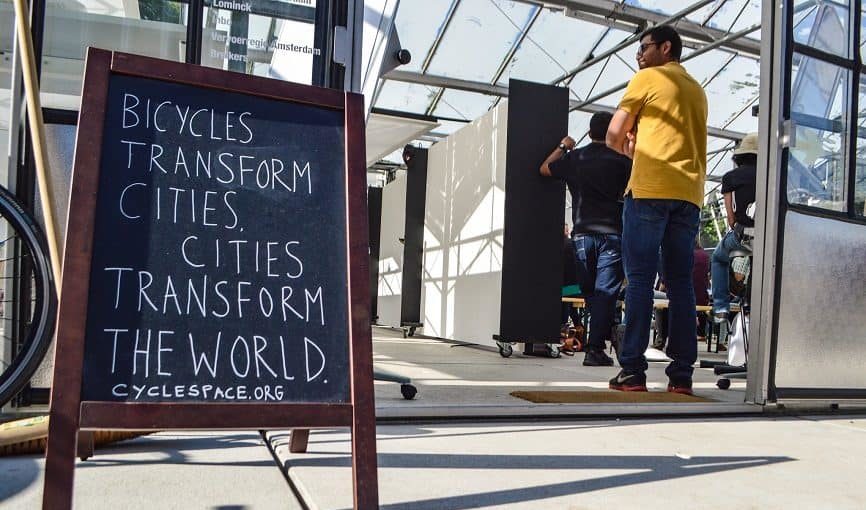 No matter the country, the connection between access to opportunity and economic prosperity is intrinsic. A population should be able to easily access housing, education, employment, health care, shops, and essential services. Despite this recognition, a car-dominant focus overlooks the negative impact this has on almost everyone, particularly those of lower incomes. 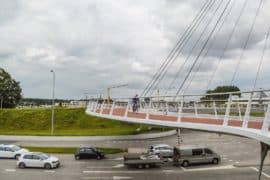 Taking into account depreciation, insurance, fuel, maintenance, financing, parking, and registration, the average American automobile costs its owner a whopping $12,544 a year ($14,452 for an SUV). That’s half a million dollars over the course of someone’s working life. With the average low-income household earning $20,000 to $50,000 annually, and the average family owning 2.28 cars, this is not an insignificant sum of money. It is driving many families into debt, with Americans owing a total of $1.6 trillion on auto loans in 2018 (that’s $4,875 per capita). But it is debt that is practically required by the built environment: even in dense New York City, only 15 percent of jobs are accessible within an hour by transit, as opposed to 75 percent within an hour’s drive. 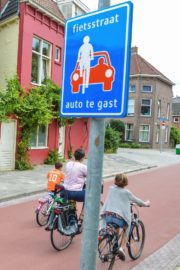 We often view the burden of car ownership as the expense of the vehicle itself, but in reality, it is the external costs — the ones not borne by the owner — that are often the most damaging, impacting millions. There are, of course, the costs for road construction and maintenance (through the collection of taxes), the health care costs associated with an increasingly sedentary society, and the environmental costs of a fossil fuel-burning society. Beyond these, however, are the hidden costs of a transport system designed to maximize automobile flow. These costs are downloaded onto households that don’t have the means to purchase their own motor vehicle.

These households are also hit the hardest by lack of investment in transit. With acute emphasis on the continual movement of cars, and funds channeled to “solve” issues of congestion, the relatively small remaining portion of budgets is split between walking, cycling, and public transport — with the latter often losing out. Since 1956, highways have accounted for nearly 80 percent of all government spending in America’s transport system, leaving precious little for other modes.

There is no better encapsulation of this than Toronto’s Gardiner Expressway, an 18-kilometer freeway that has severed the city from Lake Ontario since it was built in 1955. In 2016, council voted to replace the crumbling arterial, including a 7-kilometer elevated section, at a cost of $2.2 billion. Between 2020 and 2030, that single piece of infrastructure will eat up 44 percent of the transport department’s capital plan, despite moving 7 percent of commuters. Less costly, at-grade options were rejected by councillors after a staff report predicted they might prolong peak driving times by two to three minutes. 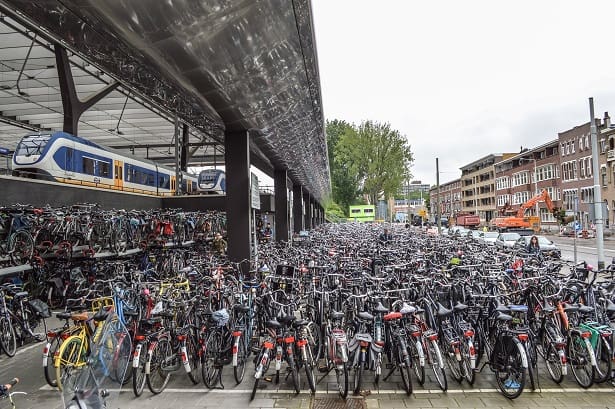 In contrast, the Nederlandse Spoorwegen (Dutch Railways) is an outstanding example of what’s possible with a more balanced approach to these investments, boasting 3,200 kilometers of track connecting 410 stations. When regions don’t allow the automobile to dictate and dominate their budgets and priorities, it frees up all kinds of funding to improve the speed, frequency, and coverage of their public transport. For Delft residents like our family, this means — taking connections into account — 202 daily trains to The Hague, 182 to Rotterdam, 168 to Utrecht, and 150 to Amsterdam. With 81 percent of the country’s population living within 7.5 kilometers of a station, the national railway operates like a national metro system. Harnessing the synergy between cycling and public transport is integral to freeing residents from the economic burden of automobile dependency, thus leading to a more prosperous and equitable country. 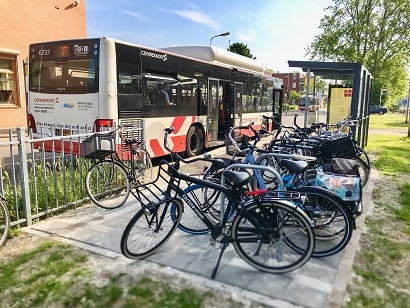 Parking space for bicycles at a bus stop

These collective investments in frequent, flexible public transport — to maximize convenience and coverage — are precisely what governments must do to lighten the financial burden of car ownership and break down the barriers experienced by those lowest on the socio-economic ladder. But too often, untold billions are spent widening roads to benefit those who already enjoy the greatest proximity and privilege, while mass transit that would benefit those who need it the most is chronically ignored and underfunded. By doubling, and then tripling down on car dependence, and mandating costly ownership, regions are literally holding themselves back, preventing swaths of the population from fulfilling their economic potential. The tremendous cost of car dependency continues to blow a giant hole in our governmental and household budgets, and everyone ends up the poorer for it.

This is part 5 of the blog ‘Life is better on a bike’. Click here for part 1-4. Chris and Melissa are Canadian authors and urban mobility advocates. In 2019, they moved to the city of Delft in the Netherlands. 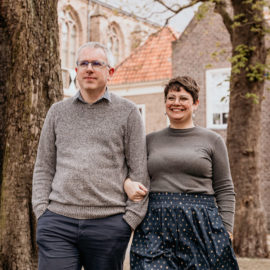 You can follow them on Twitter: @modacitylife or visit their website. Their book ‘Curbing Traffic’ appears at the end of June. John Adams readers get a 20% discount (use promo code BRUNTLETT) at islandpress.org. All pictures in this blog are by Chris & Melissa Bruntlett.