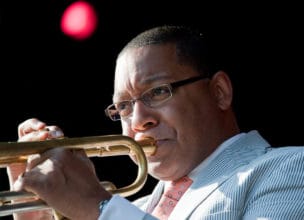 Marsalis wrote an epic oratorio on slavery, Blood in the Fields, which won him the 1997 Pulitzer Prize for music, a distinction that had been accorded exclusively to classical composers for five decades. In the spring of 1999, Marsalis was nominated for the Grammy for Best Instrumental Composition The Midnight Blues. He currently serves as Managing and Artistic Director for Jazz at Lincoln Center, an internationally recognized program which he co-founded in 1987.

Leonard Slatkin was music director of the National Symphony Orchestra in Washington D.C. from 1996 until 2008. Internationally acclaimed as one of today’s leading conductors, he is recognized for his imaginative programming and highly praised for his interpretations of tradition and 20th century orchestral and operatic scores. His performances have drawn critical and popular acclaim on four contintents. Slatkin is currently the music director of the Detroit Symphony Orchestra. 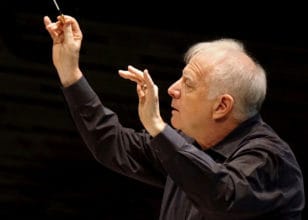