At Sea Without A Captain

The question of how America is dealing with COVID-19 warrants a response on at least three levels: the personal, the political, and the ethical. On a personal level, the feeling in the United States seems to toggle between anxiety and fear on the one hand and, by some reports, indifference on the other. I …

Blog overview Stories From The Other Side

The question of how America is dealing with COVID-19 warrants a response on at least three levels: the personal, the political, and the ethical.

On a personal level, the feeling in the United States seems to toggle between anxiety and fear on the one hand and, by some reports, indifference on the other. I live right outside Washington, D.C., hunkered down with my four daughters, who are finding ways to enjoy the downtime even though they can’t see their friends. My older, college-age girls have quickly realized that this is a rare time in their young lives where the ‘have-to’s’ cease. They still do online classes, but are able to indulge in art, reading, TV-binging, and cooking without having to satisfy the social draw of their friends or the obligations of work. The younger ones seem more able to tolerate the hours that lie ahead with ease – perhaps a reflection of how “boredom” is something that children learn to handle with aplomb.

Yet in some parts of the country, people are reportedly still going about their business as if little has changed. This is due no doubt to a lack information – or blatant misinformation from certain facets of the media and even the White House – as well as, perhaps, the general human instinct to shy away from truths that are too overwhelming to fathom. Death is one of them.

“We will collectively lose many lives that could have been saved if measures had been taken earlier.”

Politically, the United States is at sea without a captain. President Trump has proven himself unable to muster basic compassion or leadership and continues to dispute the validity of science and expertise. This is not surprising given who he is, but the implications are devastatingly serious. Without a strong leader, Americans are left to navigate the storm largely on their own. State and local leadership have stepped up to varying degrees, as has private industry, but the country needs more federal help. 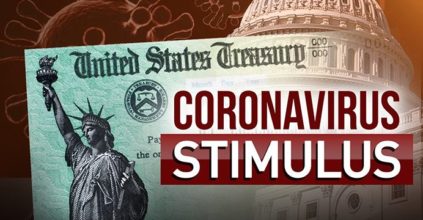 The clear-eyed view here is the same as that of countries across the globe: the current state of infections and exposures means that we will collectively lose many lives that could have been saved if measures had been taken earlier to test, to quarantine, to track contacts of infected people, to stock up on medical supplies—especially ventilators, and to convey consistent information to an often misinformed and frightened public.

“We are engaged in an astonishing debate over whether economics are more important than people.”

With the $2 trillion congressional aid package that Congress passed this week – the full Senate voted on Wednesday, the House on Friday – the silver lining is that the U.S. Congress is finally kicking into gear after years of overall obeisance to the White House and private interests. The needs of struggling individuals and small business are finally taking center stage – because now there is no choice.

Ethically, Americans are finding ourselves engaged in an astonishing debate over whether human life matters. Or, to put a finer point on it, whether economics are more important than people. One of my sincerest hopes-against-hope is that, with our populace having toyed with the extreme edge of humanity, this catastrophe will bring core principles of benevolence, mutual respect, honesty, truth and common sense back to America to one degree or another – because now there is no choice.

In the meantime, please stay safe. 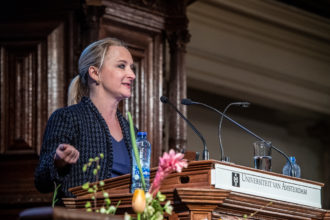 Kimberly Wehle is a former assistant United States attorney, a former associate independent counsel in the Whitewater investigation, and a visiting professor at the American University Washington College of Law. She is a CBS News legal analyst, a BBC News contributor, and author of “How to Read the Constitution and Why.” She spoke about her book on the Constitution at the John Adams Institute on Super Tuesday, March 3rd, at an event moderated by Eelco Bosch van Rosenthal. Her second book, ‘What You Need to Know About Voting – and Why’, will be published in June. Click here to follow her on Twitter.