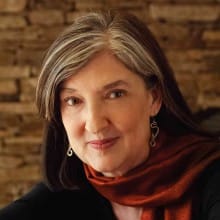 The John Adams Institute welcomed American best-selling author Barbara Kingsolver to speak about her novel Prodigal Summer (2000), that had been published by Prometheus as Zomer van overvloed. Jan Donkers, writer and journalist, introduced Barbara Kingsolver and moderated the discussion with the audience.

Prodigal Summer weaves together three stories of human love within a larger tapestry of lives inhabiting the forested mountains and struggling small farms of southern Appalachia. The central theme is the fragility of the biological ecosystem, and the novel underscores the vital connection between the human world and the natural one.

Barbara Kingsolver was born on April 8, 1955 and as a child, she wrote stories and essays and kept a journal. Kingsolver attended DePauw University in Indiana, became active in the last anti-Vietnam War protests, and pursued graduate studies in biology and ecology at the University of Arizona. Her articles have appeared in a variety of publications including The Nation, the New York Times and Smithsonian.  Kingsolver’s first three novels The Bean Trees, Animal Dreams and Pigs in Heaven were widely praised, but she became a household name in 1998 when The Poisonwood Bible received international acclaim. Ms. Kingsolver lives on a farm in southern Appalachia with her husband and two children. 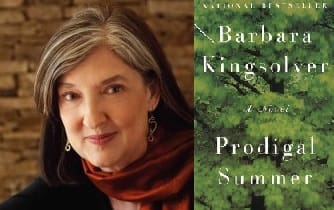