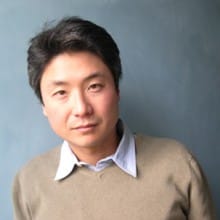 The John Adams Institute, in co-operation with Ambo Anthos Publishing House, was delighted to present an evening with Korean-born, U.S. raised Chang-rae Lee. He spoke about his first novel Native Speaker, which appeared in Dutch translation in February of that year. Native Speaker (Moedertaal) received five major awards, including the Hemingway Foundation/PEN and the American Book Award (1995).

Bas Heijne, writer and essayist for the Dutch newspaper NRC Handelsblad, introduced Chang-rae Lee and moderated questions from the audience.

Native Speaker is a moving insight into the Asian immigrant experience in America, told through the story of Henry Park, a Korean-American industrial spy who is asked to investigate the campaign of a rising politician. His assignment challenges his loyalties, his relationship with his wife and his beliefs, in a tale of exile and identity which has placed Lee firmly on the level of other Asian-American writers like Amy Tan and Gish Jen.

Cultural identity is further explored in Lee’s book, A Gesture Life (1999), which was translated in Dutch as Een leven van gebaren in 2000 by Ambo Anthos Publishing House. This novel explores the life of the perpetual outsider, in the story of an ageing Korean man who has spent his life trying to fit in – first in the Japanese Imperial Army during World War II, and later as a businessman in America. 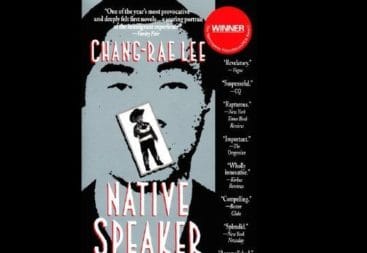