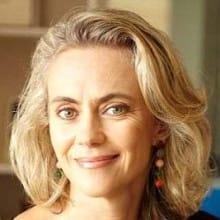 The acclaimed American novelist Jane Alison wrote a memoir of her exotic childhood, and did so, in the words of the Boston Globe, “with the insight of a novelist and the language of a poet.” It is a story—involving double spouse-swapping among diplomats, daughters who were mirror images of one another, and ultimately tragedy—that Alison originally tried to cast into fiction but found she couldn’t: truth was stronger, stranger, more biting. The Sisters Antipodes received international acclaim and also was turned into a mini-opera.