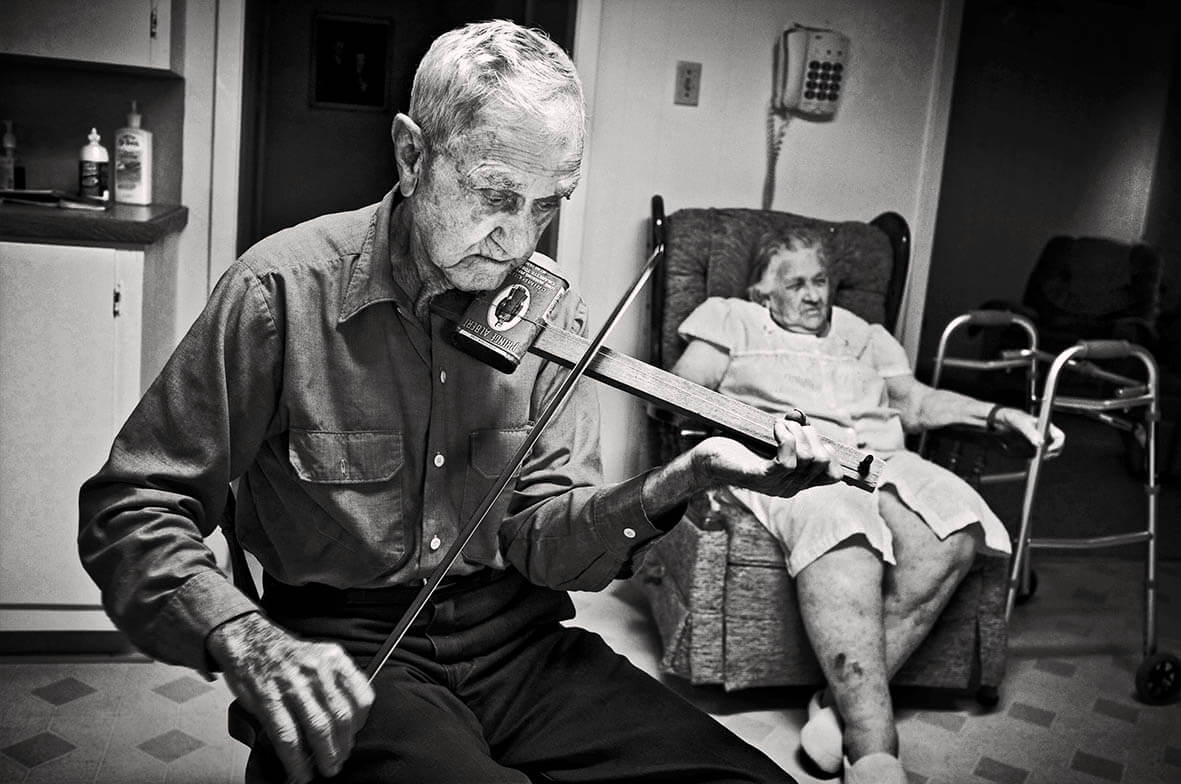 When Milton Vanicor, 90 years old in this picture, was still a child, his father made this 1-string fiddle for him. It only sounded good if it was a ‘Prince Albert’ cigar box. His wife Odile used to arrange the financial agreements for the bands Milton played in, among others The Lacassine Playboys with Iry LeJeune. After I took this photo Odile wanted to know what the photo was going to be used for. She looked very doubtful when I said I didn’t know yet. 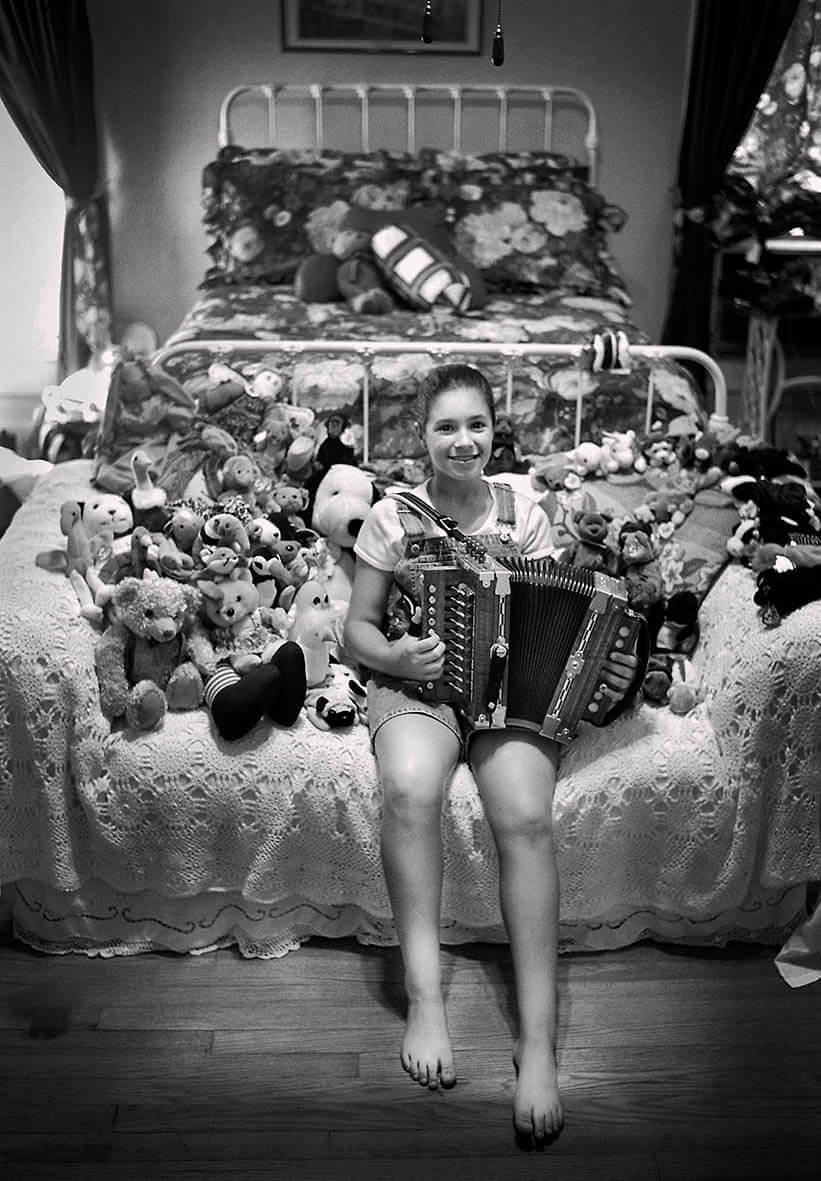 Cajun music and culture are not just for the elderly. I visited Kira Viator in 1998, when she was about 12 years old. She was surrounded by her collection of stuffed animals. Kira has had her own band for years now, and says she plays Cajun music out of respect for her musical heritage and for the ‘Cajun Country’ way of life. 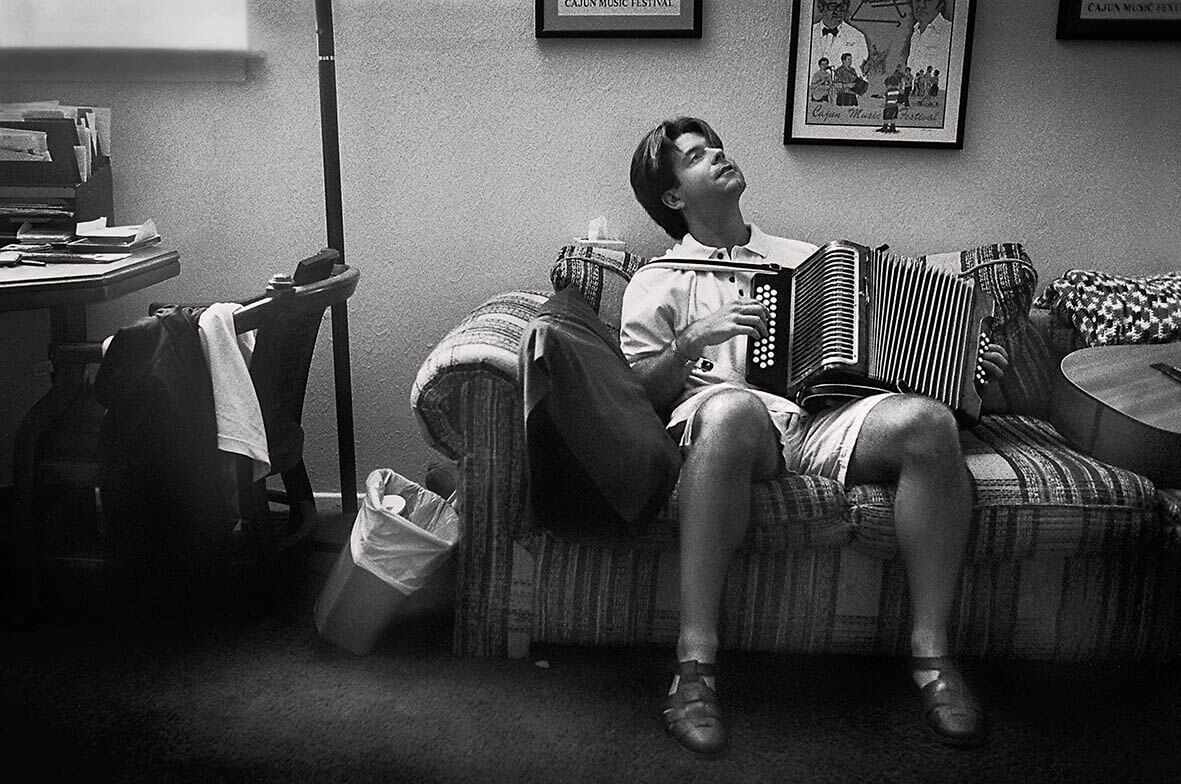 Steve Riley, older than Kira but a lot younger than Milton, is the great example of the renewal in Cajun music in the late 1980’s. He played the traditional songs just a little differently than the generation before him, with a bit more ‘modern floating beat’ as I call it. When I photographed him in his apartment in September 1997, he had just returned from a tennis match. On sandals. He held his head a little crooked, but that went fine with the crooked frame on the wall and the crooked bin next to the couch. Good Cajun music also sounds a bit crooked. 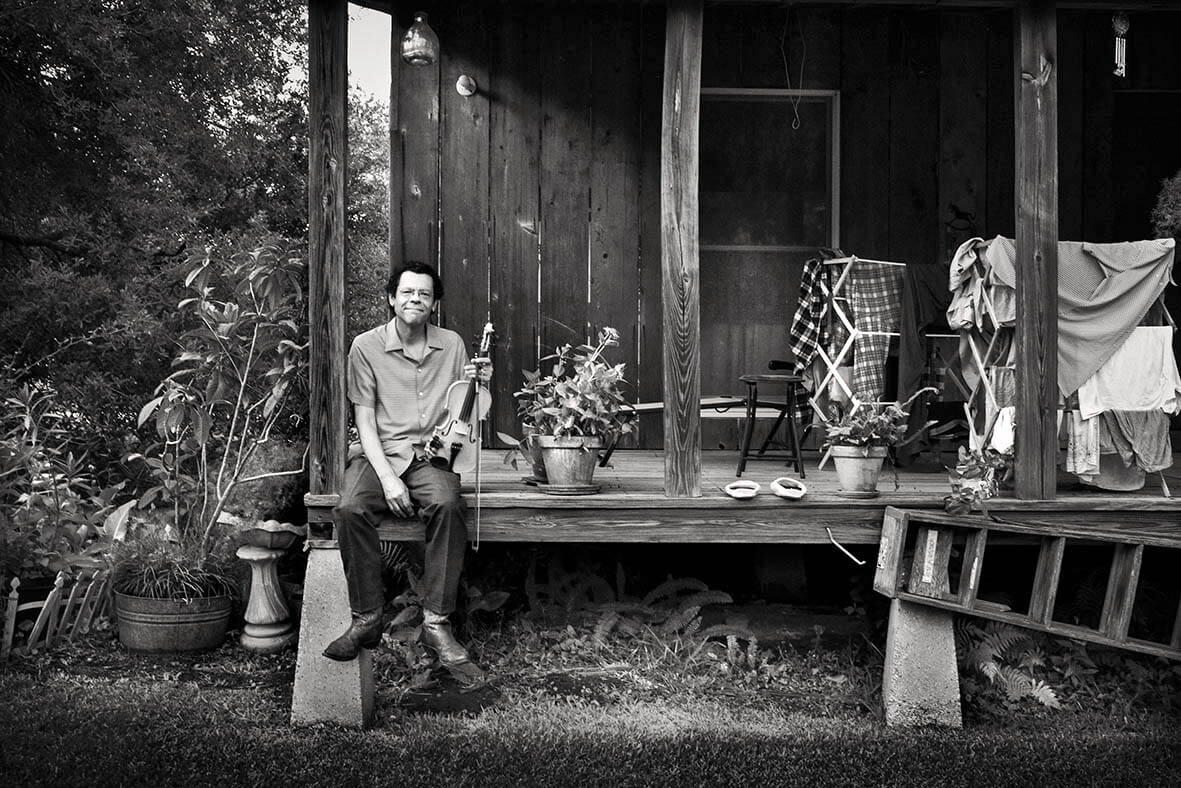 D’Jalma Garnier, a fantastic Creole Cajun fiddler, warned me that I hadn’t photographed enough Creole Cajun musicians. I have to agree – but they don’t really live in my neighborhood either. 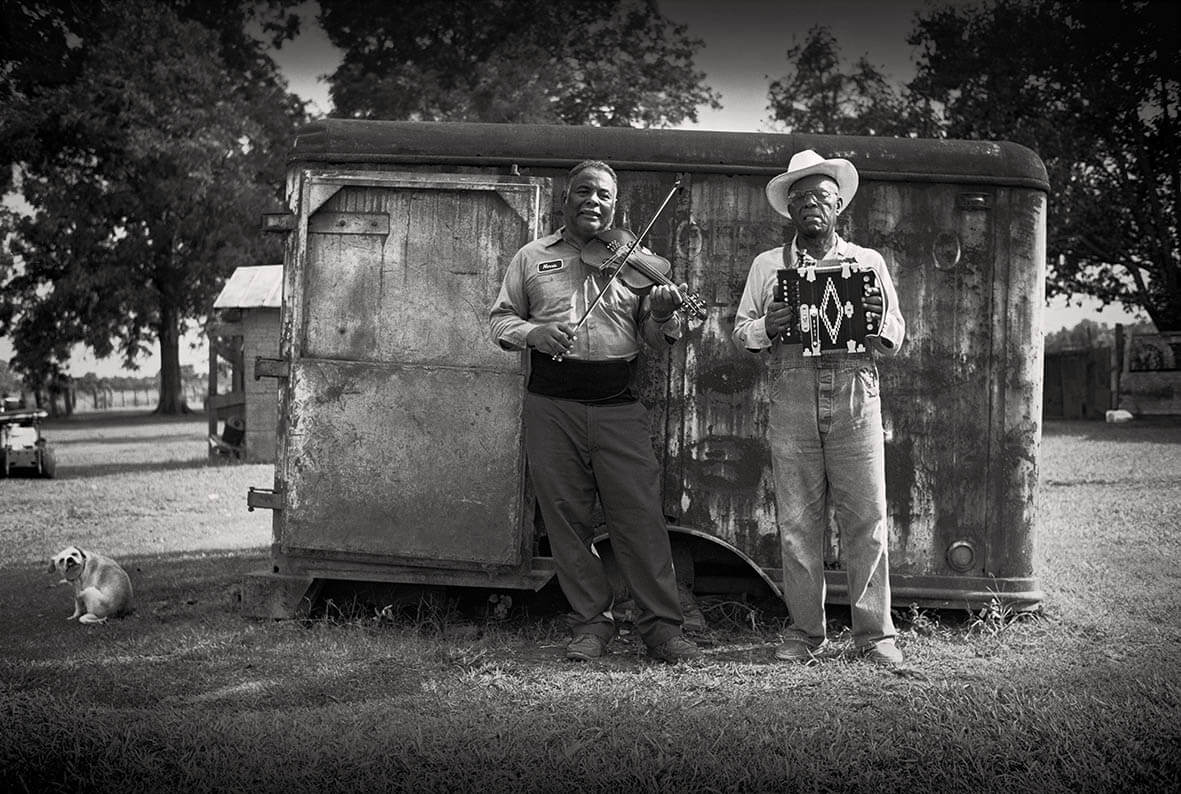 Morris Ardoin, a Creole Cajun musician who lived on Creole Road in Mamou, brought me to his father, another living legend, Alphonse ‘Bois Sec’ Ardoin. He got his nickname ‘Bois Sec’ because, when working in the fields, he always was the first to sit dry at home when it started to rain. The black Creoles often have horses, that is why I thought the old horse trailer was a nice background. Boozoo Chavis, more a Zydeco than a Cajun musician, lived in Lake Charles and I had heard that he gave a big garden party on Labor Day. But I didn’t have his address. When I arrived in Lake Charles I saw the TV studios. The main entrance was closed, but through a back door I entered in a small canteen where 2 women were eating at a table and another woman was sweeping the floor. Asked if anyone knew where Boozoo Chavis lived, the woman with the broom shouted with her beautiful Southern Louisiana accent, “Oh boy, that’s my brother, wait a minute until I’m done and I’ll take you there.” Another wonderful Louisiana coincidence.

On Sunday, November 10th, Emile Waagenaar will give a lecture in Utrecht on his photo series of Cajun musicians. For more info: here. You can order ‘Arrête pas la musique! – Portraits of South Louisiana’ from Amazon here.

This is the final of seven blogs based on Dutch photographer Emile Waagenaar’s book of portraits of Cajun musicians. The first one appeared on September 18, 2019.