The United States are confronted with a severe housing crisis. The poor struggle to find decent, affordable and secure housing. In contrast, the affluent are able to use their property as money-making machines. In his landmark book Evicted, sociologist Matthew Desmond shows that one of the most unjust features of the US housing system …

Blog overview Poverty and Profit in the American City 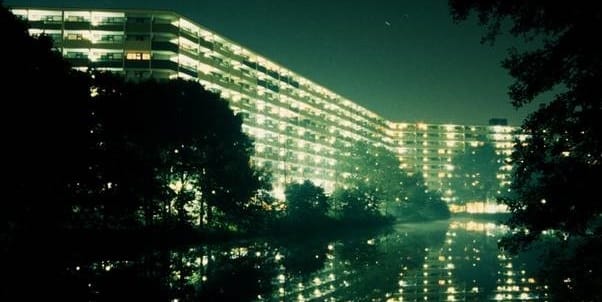 The United States are confronted with a severe housing crisis. The poor struggle to find decent, affordable and secure housing. In contrast, the affluent are able to use their property as money-making machines. In his landmark book Evicted, sociologist Matthew Desmond shows that one of the most unjust features of the US housing system is the contemporary eviction crisis.

Evictions have become regular events. They occur on a massive scale across the US, as many poor citizens are forced out of their homes. Evictions are not isolated, one-off events. They scar the lives of many families already struggling to make ends meet. Evictions therefore play an important role in reproducing and aggravating poverty and precarity.

By telling the often heartbreaking life stories of the poor, Desmond’s Evicted has raised awareness of, and sparked discussion about, the American housing crisis. 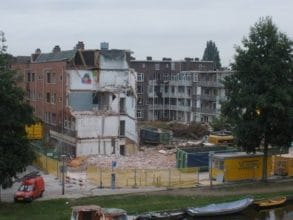 The Dutch housing situation appears favorable in comparison, and in his book Desmond cites it as a shining example. Evictions are much less common, for example, although they definitely do occur. About one-third of the Dutch housing stock is low- and middle-income rental housing, with rent controls and tenant protection. Nevertheless, we are currently witnessing a deepening Dutch housing crisis – especially in popular and increasingly unaffordable cities like Amsterdam.

The Dutch context is marked not so much by displacement, but rather by increasing housing exclusion. Poor households have to stay put, because moving generally means having to pay a higher rent. This translates into an inability to move, even if the current home becomes too small or too expensive after life events like having children or job loss.

Successive Dutch governments have pushed people to buy a house. They do so by framing homeownership as superior, but also through excessive mortgage lending and fiscal subsidies (mortgage interest tax deduction). Homes have become investment objects. Conversely, government policies have reduced the size of the social-rental stock and restricted access to it.

As a consequence, social rent is increasingly becoming a last resort, only for those with no other options. Over one million Dutch people live in poverty, most of whom are renters. Social renters spend an increasing share of their income on housing, and in 2015 18 per cent of all social tenants (some 500.000 households) struggled to meet the monthly rent.

Furthermore, it is estimated that the number of homeless people in the Netherlands has increased by over 70 per cent between 2009 and 2016. Recent policy reforms have weakened tenant rights and introduced short-term rental contracts.

Current developments thus point to declining housing affordability, and increasing insecurity. All in all this amounts to a deepening of the Dutch housing crisis, one which produces social marginality and economic precarity. Should current trends continue, the Dutch housing situation may become more similar to the housing crisis and systemic injustices Desmond describes in Evicted.