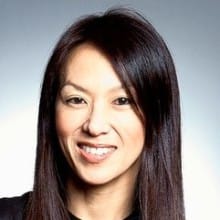 The Persian dynasties, the Roman Empire, the Dutch Republic in the 17th century, United States of America: all of these hyperpowers grew to world dominance at a time when they had high concentrations of minorities. Each admitted people who had been persecuted or cast off. And each profited from them. So says Amy Chua in her book Day of Empire: How Hyperpowers Rise to Global Dominance And Why They Fall. Chua, a professor at Yale Law School, took the John Adams Institute stage to argue that this acceptance of cultural diversity is precisely the secret of the success of these powers. She also gave her insights into present-day international relations.

This was the second event in our New America Series, sponsored by the Dutch Ministry of Foreign Affairs.  In cooperation with Studium Generale Utrecht and Nieuw-Amsterdam Publishers.