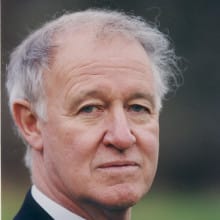 The John Adams Institute welcomed the British investigative journalist David A. Yallop, who spoke about his work and his book How They Stole the Game, an expose of the world of soccer with its chicanery, commercialization and pursuit of prestige. The tale of corruption that unfolds is an indictment of how the modern professional game is controlled. Yallop’s previous investigavite works include To Encourage the Others, In God’s Name (about the circumstances surrounding Pope John Paul I’s sudden death)  and To the End’s of the Earth (a chronicle of his hunt to track down arch-terrorist Carlos the Jackal). He currently lives in London. The Observer columnist and Hard Gras contributer Simon Kuper moderated the evening, which included Q&A with the audience.