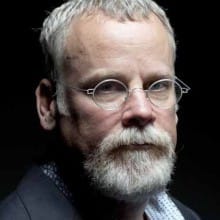 The John Adams Institute, in co-operation with Publishing House De Boekerij, presented Michael Connelly, who spoke about his latest Harry Bosch novel Lost Light (Verloren Licht). Arno Ruitenbeek, crime reporter of the Noord Hollands Dagblad, introduced Michael Connelly and conducted the interview with him, as well as moderated questions from the audience.

In Lost Light Harry Bosch is fifty-two years old and has quit the Los Angeles Police Department. Retirement, he says, makes him feel like a jazz musician waiting for a gig. The gig arrives with a call from Lawton Cross. This former fellow officer, who remained paralyzed after a shoot-out four years ago, wants Bosch to solve the murder of Angella Benton, a young film production assistant, and the probably linked theft of $ 2 million real cash, brought in for use as a prop on a action-movie set. At that time the case was taken away from Bosch and given to Cross’s department, the Robbery-Homicide Division. When Bosch after four years starts to investigate the murder without the use of his badge, he is warned off by the LAPD and even more forcefully by the FBI, now operating under post 9/11 rules. They think the stolen money was used to finance a terrorist training camp. The intricate plot finalizes in an explosive climax and a clever unexpected ending.

Michael Connelly worked as a journalist for several newspapers in Florida and was appointed in the late eighties at the Los Angeles Times. After three years on the crime beat in the city of his literary hero, Raymond Chandler, Connelly published in 1992 his first novel, The Black Echo, featuring the LAPD detective Harry Bosch. In 1994 he left the LA Times to devote himself entirely to writing. Besides nine Harry Bosch novels, Connelly wrote three other mystery novels, of which Blood Work was made into a movie by Clint Eastwood. Connelly has won several awards, among which the prestigious Edgar Allen Poe Award.

Arno Ruitenbeek is, besides crime reporter as Connelly was, thriller reviewer and author of Het leven van een drugskoerier. It will be published next September. 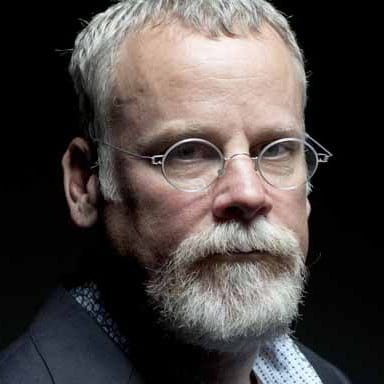