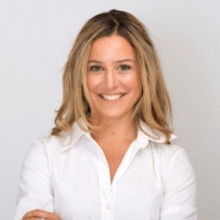 Sex scandals, power plays, shady trading, and even murder. This is the cluster of elements underpinning Michelle Miller´s corporate thriller The Underwriting, which brings together the different cultures of Wall Street and California in a story about a successful startup in Silicon Valley.

The Underwriting, translated into Dutch by LS Publishers under the title De Deal, is also an innovative publishing project. Described as a “digital serial novel,” the book was self-published online in twelve installments, each taking around thirty minutes to read, with a week between the release of each new episode. The website was filled with extras including DJ playlists, photography, finance tutorials and brand sponsorships. Its global audience caused traditional publishing to take notice and eventually led, in reversed order, to a book deal.

During this evening, Miller was joined by moderator Dan Hassler-Forest, who teaches popular culture at the University of Amsterdam and wrote his PhD dissertation on the subject of transmedia, and journalist Ernst-Jan Pfauth, publisher of the new initiative in journalism De Correspondent. They discussed not only the novel, but also the new publication concept.

The Underwriting is a book, but was presented the way a show like Suits or Mad Men is presented. This makes it an excellent example of how the concept of ‘transmedia’ comes into its own—the telling of stories is not the exclusive domain of paper, film, or games, but a cross-over of different media from the get-go. Question is: will we encounter this method of publication more frequently in the future? Or is competing with television series not the solution for publishers? 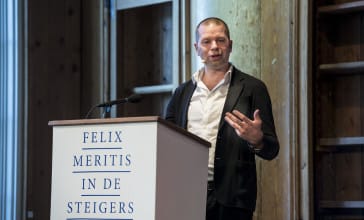 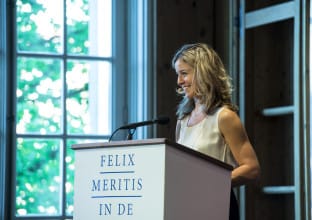 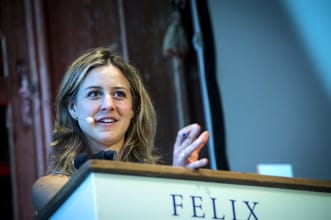 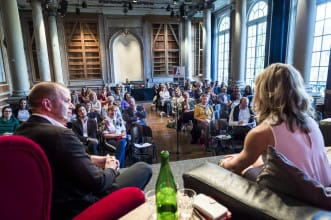 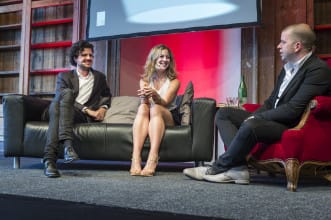