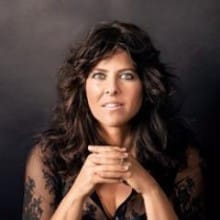 The John Adams Institute welcomed best-selling author Naomi Wolf to speak on her work Misconceptions (Valse Verwachtingen, published by De Arbeiderspers). Wolf, author of The Beauty Myth, has written an uncompromising account of the painful truth of motherhood in contemporary America. Beatrijs Smulders, advocate of Dutch-style confinement, obstetric and author of Veilig Bevallen (Safe Delivery) introduced Naomi Wolf and moderated the discussion with the audience.

Wolf attacks the patronising misinformation given in the best-selling American guidebook What to Expect When You are Expecting. Wolf, through her own difficult experiences of first-time motherhood, claims that birth in America is often needlessly painful. Expelling other myths, she describes how difficult and lonely it can be to care for a child and to be a working mother. Wolf, a renowned feminist, explores how pregnancy and impending motherhood have challenged her sense of self and her assumptions about feminism and independence.

Wolf’s Misconceptions is certain to spark intense debate over the myths and expectations that underlie contemporary pregnancy and birth, as well as about what mothers truly need. Naomi Wolf was a John Adams guest in 1998 with the release of her book Promiscuities.