Powers’ books apply the techniques of post-modernist fiction to more traditional narratives of character and idea, creating hybrid forms that explore the nature of consciousness, history and moral obligation. His novels are built of polyphonic, densely textured multiple frame stories that take as their subjects such diverse material as photography, Henry Ford, the World Wars, Hollywood biopics, the Bomb, Walt Disney, molecular genetics, computers and musical composition. Tales for the Information Age, they call on the reader to locate and develop that place where the individual life might still make a difference in the runaway, encyclopedic world.

For his John Adams lecture, Powers spoke about the cultural artifact in translation. What happens to a work when it is ported over from one social context to the other? Paying special attention to the specific differences between the Netherlands and North-America, Powers examined a theory of “creative misunderstanding”. 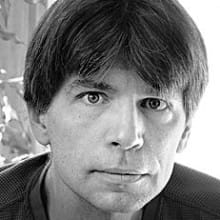 Richard Powers is an American novelist whose work deals with modern science and technology. Even living in the Netherlands at one point, he now lives in California and is currently the Phil and Penny Knight Professor of Creative Writing in the Department of English at Stanford University. His works include The Echo Maker, Prisonner’s Dilemma and Three Farmers on Their Way to a Dance. Read an extensive biography here. 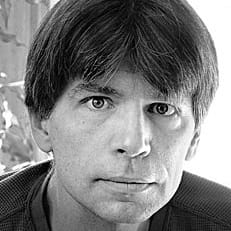