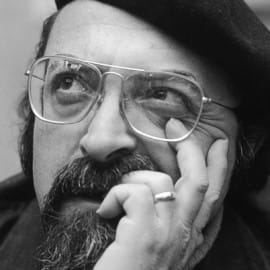 The John Adams Institute hosted an afternoon with the Jewish American novelist Chaim Potok, who was also a rabbi, a historian, a philosopher, and a painter. Chaim Potok first introduced the general public to the Hasidic spiritual and cultural life in The Chosen. His protagonists struggle to define their Jewish identity within a world of secular beliefs in works like The Promise, My Name is Ashler Lev and In the Beginning. Throughout his life, Potok has been fascinated by the influence of western humanistic beliefs on orthodox Judaism. In his novel The Gates of November, Potok tells the true story of a Jewish family in the former Soviet union. Protagonist Solomon Slepak is a proud supporter of the Russian Revolution. Even when the Soviet Union adopts an anti-semitic policy, Slepak remains true to the party. Only after the political dissent of his only son Volodoya, does Solomon realize how much Communism has changed hope into horror. The event was moderated by Awraham Soetendorp, chair of the Solidarity Committee for Jews in the USSR, and included Q&A with the audience.

Chaim Potok died in 2002 at the age of 73. Read his obituary from The Guardian here.

One thought on “Chaim Potok” 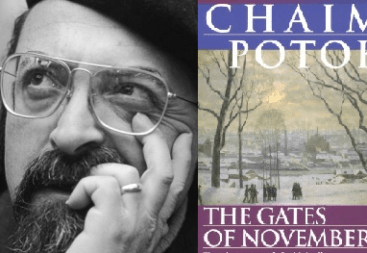