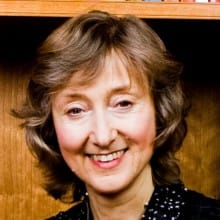 The John Adams Institute, in cooperation with the Universiteit van Amsterdam, presented a lecture by Deborah Tannen, Professor of Linguistics at Georgetown University in Washington D.C. Following her visit to the Institute in 1995, Dr. Tannen returned to discuss her latest book, I only Say This Because I Love You (Ik zeg dit alleen omdat ik van je hou), which was published in its Dutch translation by Prometheus. Deborah Tannen earned international recognition for her studies on the differing styles of communication of men and women. Her books You Just Don’t Understand, The Argument Culture, That’s Not What I Meant, and Talking 9 to 5 have been on The New York Times bestseller list for nearly four years. Tannen makes no attempt to explain the differences between men and women in terms of the old debate of nature versus nurture, genetics versus culture. In I Only Say This Because I Love You she explores ways in which choices of words and phrases affect the ways in which family members interact. The book shows how simple well-intended remarks can easily be interpreted the wrong way. 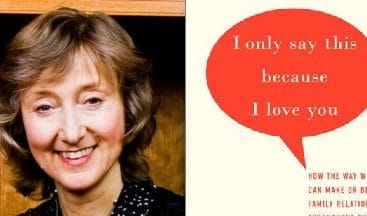